The mysterious coffins of Arthur’s Seat

Since the day I first read in a British mysteries book about tiny coffins being discovered in a cave at Arthur’s seat in Edinburgh, I have always been intrigued as to their origin.

In 1836, five boys were hunting rabbits on the north-eastern slopes of Arthur’s Seat, the main peak in the group of hills in the centre of Edinburgh, Scotland. In a small cave in the crags of the hill they stumbled across seventeen miniature coffins carved in pine and decorated with tinned iron. Carefully arranged in a three-tiered stack, each coffin contained a small wooden figure with painted black boots and individually crafted clothing. 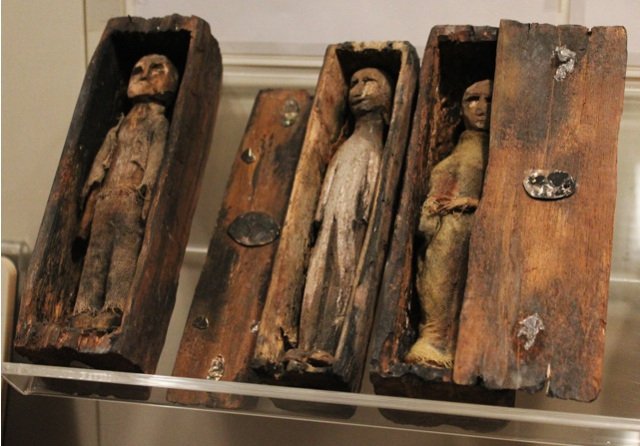 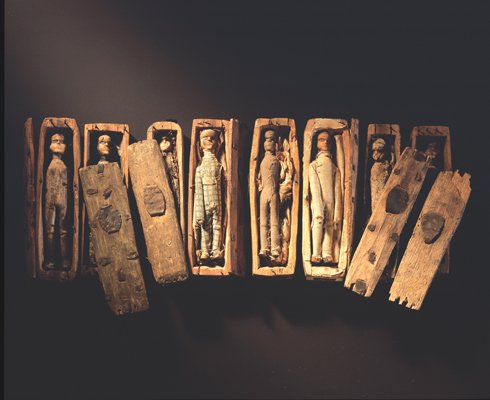 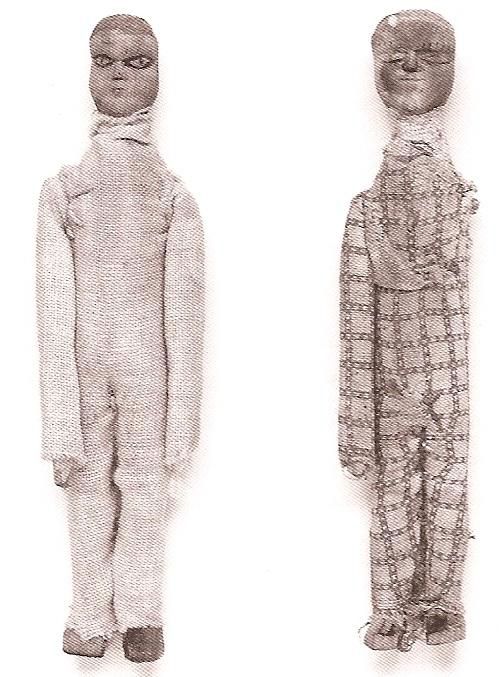 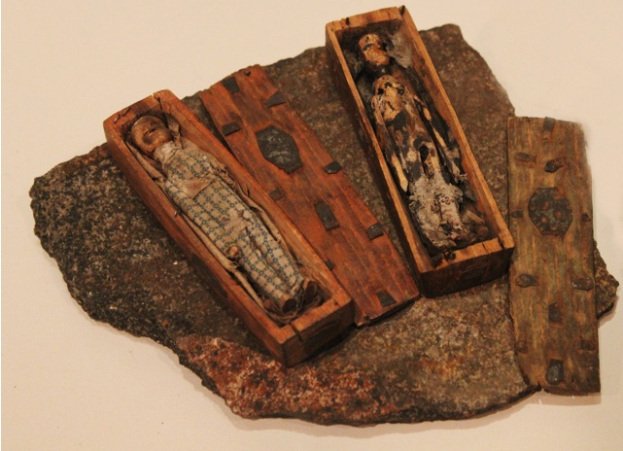 What are these objects? Who made them and who buried them? And why? To this day, no one has any real idea.

At the time of their discovery, some speculated that they were implements of witchcraft; others suggested they were charms used by sailors to ward off death or even mimic burials for those lost at sea. There is also a provocative theory that the little figures are tributes to the seventeen victims of famed Edinburgh serial killers Burke and Hare, as the figures were found just seven years after Burke’s execution. However, all of the figures are dressed in male attire, whereas twelve of Burke and Hare’s victims were female.

Interestingly, some of the figures have arms while others have had theirs removed to fit in their coffins, perhaps suggesting they were not originally made to be buried.

Allen Simpson and Samuel Menefee (of the Universities of Edinburgh and Virginia,) carried out a detailed study of the figures in 1994, and have suggested they were adapted from a set of wooden toy soldiers manufactured around the 1790s, but not re-clothed or buried in the cave until the 1830s. But this is really the extent of knowledge about them.

Only eight of the original seventeen coffins and figures still survive today: several disintegrated with age, while others were “destroyed by the boys pelting them at each other as unmeaning and contemptible trifles” (according to The Scotsman, 16 July 1836). These remarkable objects still remain a mystery today.

Crime author Ian Rankin took inspiration from the story for his novel The Falls, and a selection of the coffins remains on show at the National Museum of Scotland.

Do you have any theories as to the reason these fascinating miniature carved figures and their coffins were made and hidden in the cave at Arthur’s seat?