The Crossing of the Red Sea forms an episode in the biblical narrative of The Exodus.

It tells of the escape of the Israelites, led by Moses, from the pursuing Egyptians, as recounted in the Book of Exodus. Moses holds out his staff and God parts the waters of the Yam Suph (Red Sea). The Israelites walk through on the dry ground and cross the sea, followed by the Egyptian army. Once the Israelites have safely crossed Moses lifts his arms again, the sea closes, and the Egyptians are drowned.

No archaeological, scholarly verified evidence has been found that confirms the crossing of the Red Sea ever took place. Zahi Hawass, an Egyptian archaeologist and formerly Egypt’s Minister of State for Antiquities Affairs, reflected scholarly consensus when he said of the Exodus story, which is the biblical account of the Israelites’ flight from Egypt and subsequent 40 years of wandering the desert in search of the Promised Land: “Really, it’s a myth… Sometimes as archaeologists we have to say that never happened because there is no historical evidence.”

But the National Centre for Atmospheric Research and the University of Colorado have been working together and creating theories on what could actually have caused the parting, if it actually happened.

They believe wind could have parted Red Sea for Moses: Moses might not have parted the Red Sea, but a strong east wind that blew through the night could have pushed the waters back in 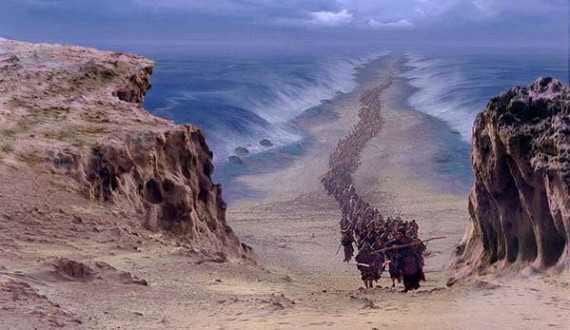 the way described in biblical writings and the Koran, the U.S. researchers suggest.

Computer simulations, part of a larger study on how winds affect water, show wind could push water back at a point where a river bent to merge with a coastal lagoon, found the team at the National Centre for Atmospheric Research and the University of Colorado at Boulder said.

“The simulations match fairly closely with the account in Exodus,” Carl Drews of NCAR, who led the study, said in a statement. “The parting of the waters can be understood through fluid dynamics. The wind moves the water in a way that’s in accordance with physical laws, creating a safe passage with water on two sides and then abruptly allowing the water to rush back in.”

Religious texts differ a little in the tale, but all describe Moses leading the Israelites out of Egypt ahead of a pharaoh’s armies around 3,000 years ago. The Red Sea parts to let Moses and his followers pass safely, then crashes back onto the pursuers, drowning them.

Drews and colleagues are studying how Pacific Ocean typhoons can drive storm surges and other effects of strong and sustained winds on deep water. His team pinpointed a possible site south of the Mediterranean Sea for the legendary crossing, and modelled different land formations that could have existed then and perhaps led to the accounts of the sea appearing to part.

The model requires a U-shaped formation of the Nile River and a shallow lagoon along the shoreline. It shows that a wind of 63 miles per hour, blowing steadily for 12 hours, could have pushed back waters 6 feet deep.

“People have always been fascinated by this Exodus story, wondering if it comes from historical facts,” Drews said. “What this study shows is that the description of the waters parting indeed has a basis in physical laws.” 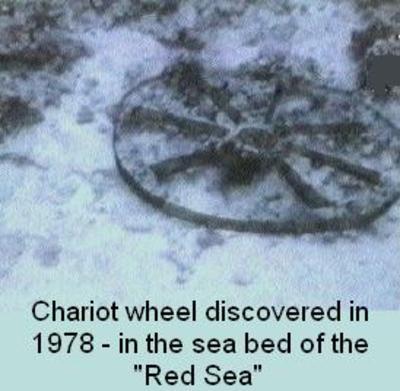 However, some scientists claim the event DID actually occur.

Not too long ago, a Swedish scientist known as Dr Lennart Moller led a team of researchers and an American TV crew in the footsteps of Moses and the Israelites as they tried to escape from the Egyptian Army.

At one point, the TV crew and the scientists investigated the bottom of the Red Sea and weirdly, they came across dozens of ancient Egyptian relics belonging to the Egyptian army.

More proof for the parting of the Red Sea stems from Dr Ron Wyatt, an archaeologist who in 1978 claimed to have photo-evidence of golden chariots and fossilised human and horse bones on the bottom of the sea bed.

Just as the burning bush could have been a Dictamnus albus, a flowering shrub that grows to a height of about two feet. Native to a wide swath of Europe and Asia, including Israel, it’s commonly called “fraxinella,” “dittany,” and, more pertinently for our story, “gas plant” and “burning bush.”

Due to strong beliefs in religion at that time the weird phenomena would have undoubtedly been credited to God and thus documented as if God had indeed conducted the miraculous acts.