It began innocently enough … in 1795 three boys discovered the top of an ancient shaft on uninhabited Oak Island in Mahone Bay, Nova Scotia. The boys began to dig, and what they uncovered started the world’s greatest and strangest treasure hunt. Two hundred years of courage, back-breaking effort, ingenuity, and engineering skills have so far failed to retrieve what is concealed there.

The Oak Island curse prophesies that the treasure will not be found until seven men are dead and the last oak has fallen. That last oak has already gone – and over the years, six treasure hunters have been killed. What can the treasure be?

Theories include Drake’s plate and jewels, Captain Kidd’s bloodstained pirate gold, an army payroll left there for safety by the French or British military engineers, priceless ancient manuscripts, the body of an Arif or other religious refugee leader, the lost treasure of the Templars, and part of the ancient, semi-legendary Acadian Treasure linked to the mystery of Glozel and Rennes-le-Chateau in France.

After years of research the authors have finally solved the sinister riddle of Oak Island, but their answer is challenging, controversial and disturbing. Something beyond price still lies waiting in the labyrinth.

The ‘treasure pit’ on Oak Island is one of those strange mysteries that seem a little too strange to be true, but it really exists. It has obviously been there for a very long time and is obviously man made, but by whom and why?

This book goes into great detail about as much of the history of the pit as is known and covers the many expensive but futile attempts to find out what may be at the bottom of it. It also covers the booby traps that the original builders incorporated and the various attempts to get around them.

The book is a fascinating read although it ends up by posing more questions than it can possibly answer. Some readers may feel a bit unsure of the authors’ offerings as to who may have built this strange pit and why, but overall I enjoyed the read. 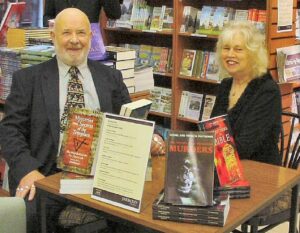 I purchased the book at a mysteries conference in Liverpool some years ago and had the honour of meeting Lionel and Patricia Fanthorpe.

A thoroughly knowledgeable man and a delightful warm and friendly couple. 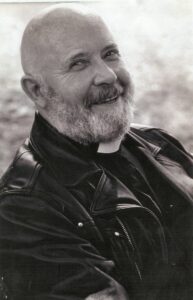