Skip to content
Home→Historical, History, Mythology and Folklore→The Duck of the Bluebell Inn. Call in the parson!!

The Duck of the Bluebell Inn. Call in the parson!!

Another fantastic historic location that I discovered is in the same parish Old St Chad’s in the scattered community of Tushingham in the civil parish of Tushingham-cum-Grindley, Macefen and Bradley in Cheshire, UK is the Blue Bell Inn

Just off the side of the A41 highroad in Tushingham stands a 16th century black and white inn, another distinctively old and quaint hostelry. When arriving here you will notice the old horse mounting steps, and the hanging post.

On entrance into the pub, you will find it both snug and still with its olden day image. on the walls lie numerous glass viewing cabinets, filled with some strange items collected from inside the pubs very own walls, whilst undergoing renovation; a mummified rat, old clay pipes, an authentic highwayman’s hat, book pages, letters and many other small items, all which can be viewed at leisure. 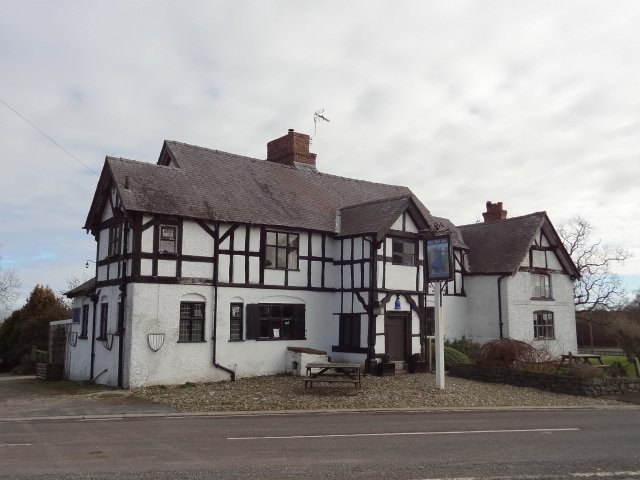 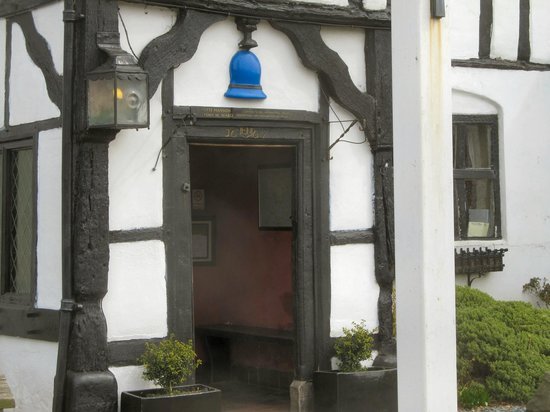 The Bluebell once had a pet duck; doubtless it started as a cute fluffy little thing, adored by all. But it grew into a rather moody little quack, this is understandable waddling around being kicked and shoved in a crowded pub, having ale spilt on it, and being choked half to death on tobacco smoke. It started to rebel, pecking at customers ankles, and in the landlord agreed to have it killed. But instead of eating it, for some reason he decided to have it interred under the last step of the cellar stairs. 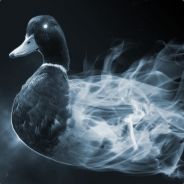 The duck wanted revenge, and quite regularly the step would come loose, no matter how well nailed down it was, and at these times the phantom duck would return to continue its pecking spree.

In the end the landlord turned to the church (Old St Chad’s) The local parson began a series of exorcism like sessions, not by himself, but with twelve other colleagues, in a rather zealous enthusiasm best described as overkill for the cute little ghost duck.

Unfortunately the duck did not go, but instead began to shrink, here one of the parsons had a flash of genius, he waited long enough till he duck was so small, then bang, he shoved it into a bottle, and sealed it with a cork. Due to folklore at this time, the bottle was hereby bricked into the pub walls, bringing at last, and peace to the bluebell inn…

Several years ago the pub had need for renovation, a time when its current historical items were discovered. And unbeknownst to the occupiers, the bottle was removed…..

Inevitably it began… the patter of tiny waddling feet were once again witnessed and the pecking resumed. Only for the reliable information of a local historian steps were taken, the bottle was sealed, and re interred into the new wall, and finally for now, the ducks shenanigans have ceased…
Or have they??

The present occupants are quite happy to discuss the folklore, you can see the museum like cabinets of the bluebells history and enjoy some fine home cooked food and real ale, when not closed during a pandemic…