Skip to content
Home→Archaeology, History→The Cairo procession of the Pharoah’s

The Cairo procession of the Pharoah’s

Egyptians have been witnessing a historic procession of their country’s ancient rulers through the capital, Cairo.

With tight security arrangements befitting their royal blood and status as national treasures, the mummies were relocated to the new National Museum of Egyptian Civilisation in what is called The Pharaohs’ Golden Parade.

They were transported with great fanfare in chronological order of their reigns – from the 17th Dynasty ruler, Seqenenre Taa II, to Ramses IX, who reigned in the 12th Century BC. 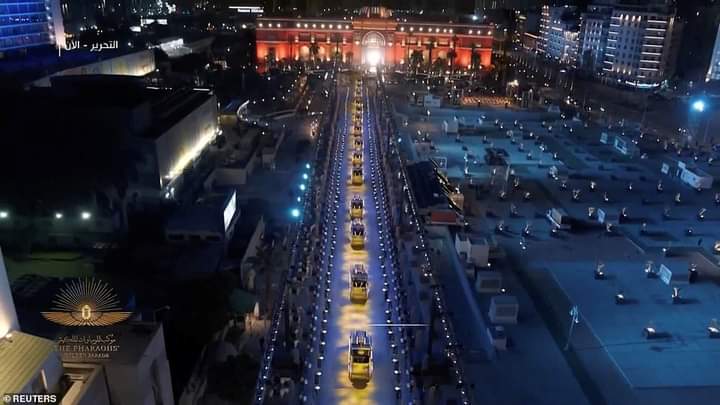 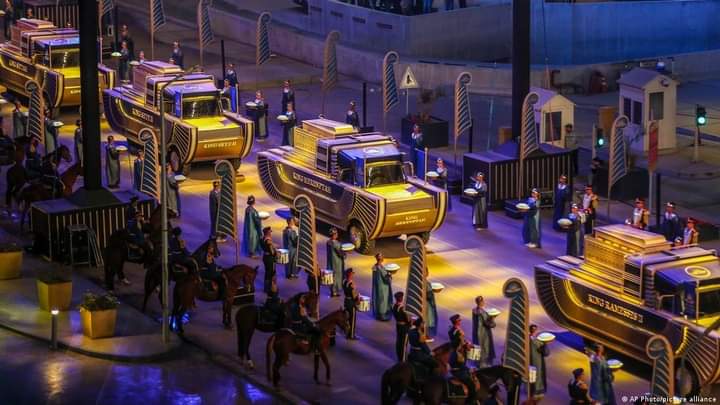 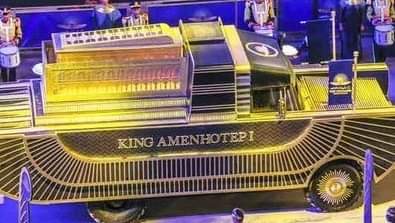 One of the main attractions of Saturday’s event is King Ramses II, the most famous pharaoh of the New Kingdom, who ruled for 67 years and is remembered for signing the first known peace treaty.

Another is Queen Hatshepsut, or Foremost of Noble Ladies. She became ruler even though the customs of her time were that women did not become pharaohs.