A few years ago I was contacted by the Offa’s Dyke Association to pen a brief introduction about responsible metal detecting. This generally would be something I would be privileged to assist with, but on this occasion, I was even happier due to my own association with both Offa’s and Wats Dykes.

Growing up in Ellesmere Port near Chester, my family regularly enjoyed days out with nature, especially in North Wales, and regularly we enjoyed walks and adventures in and around the Dykes.

Having been introduced to the historical aspects in my youth, in later years I was able to participate in archaeological digs and metal detecting surveys in Llanarmon yn Lal, Caergwrle Castle and Northop in North Wales, all near to Offa’s and Wat’s Dykes, the latter in close visual range. So the request to pen an article for the Newsletter was indeed reminiscent. 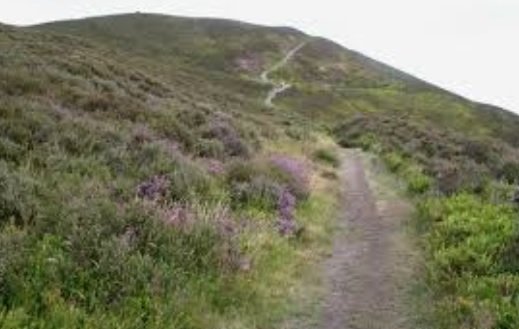 Offa’s Dyke (Welsh: Clawdd Offa) is a large linear earthwork that roughly follows the current border between England and Wales. The structure is named after Offa, the Anglo-Saxon king of Mercia from AD 757 until 796, who is traditionally believed to have ordered its construction. Although its precise original purpose is debated, it delineated the border between Anglian Mercia and the Welsh kingdom of Powys. 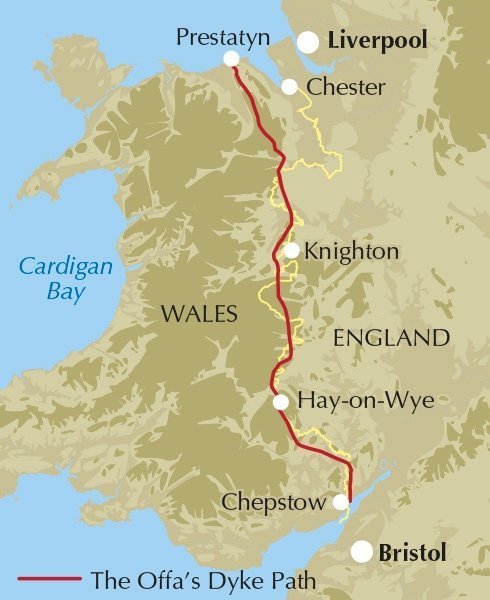 The earthwork, which was up to 65 feet (20 m) wide (including its flanking ditch) and 8 feet (2.4 m) high, traversed low ground, hills and rivers. Today it is protected as a scheduled monument. Some of its route is followed by the Offa’s Dyke Path; a 176-mile (283 km) long-distance footpath that runs between Liverpool Bay in the north and the Severn Estuary in the south.

Although the Dyke has conventionally been dated to the Early Middle Ages of Anglo-Saxon England, research in recent decades – using techniques such as radioactive carbon dating – has challenged the conventional historiography and theories about the earthwork, and show that it was started in the early fifth century, during the sub-Roman period. 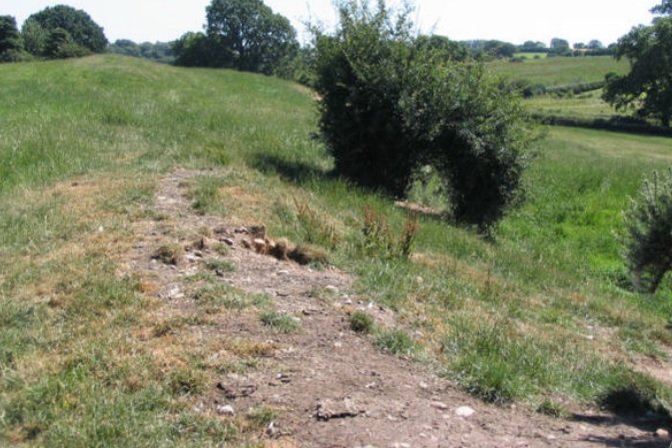 Wat’s Dyke (Welsh: Clawdd Wat) is a 40-mile (64 km) linear earthwork running through the northern Welsh Marches from Basingwerk Abbey on the River Dee estuary, passing east of Oswestry and on to Maesbury in Shropshire, England. It runs generally parallel to Offa’s Dyke, sometimes within a few yards but never more than three miles (5 km) away. It now appears insignificant, sometimes a raised hedgerow and in other places is now no more than a cropmark, the ditch long since filled in and the bank ploughed away, but originally it was a considerable construction, considered to be strategically more sophisticated than Offa’s Dyke. The date of construction is disputed, ranging from sub-Roman to the early ninth century. 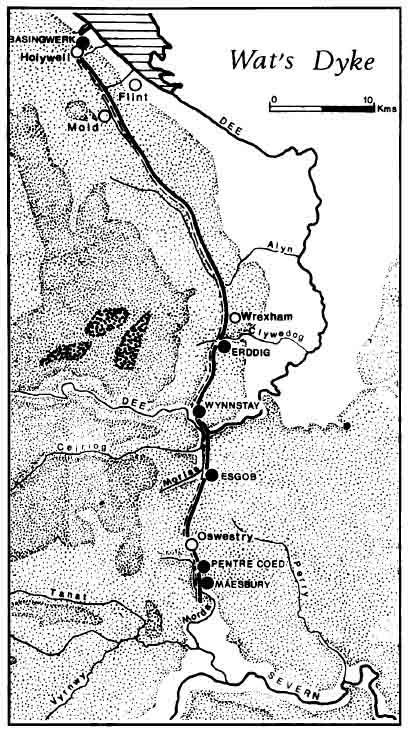 Metal detecting is a hobby loved by many different types of people including history buffs, coin collectors, relic enthusiasts, and those who just love the thrill of a treasure hunt.

This is a hobby that brings genuine joy to many people, including myself. I know many would agree that it’s important to raise awareness for responsible metal detecting to protect our hobby for future generations.

– avoiding protected sites, or land in the near vicinity (because areas of archaeological sensitivity and the boundaries of protected sites may not always correspond);

– obtaining permission from the relevant landowner (and tenant if different to the landowner) to use a detector;

– Never assuming that anyone is allowed to detect on public land (such as parks or other Council owned land), or on open land in the countryside – there may be local byelaws or other regulations forbidding this;

– Plotting and logging the location of all finds as accurately as possible;

– reporting all finds, so that they can be identified and the information they provide can pass into the historical record;

– reporting possible treasure finds to the Coroner for the relevant district;

– seeking expert help if something large is discovered below the plough-soil, or a concentration of material, or any other unusual find;

In England, Wales and Northern Ireland, all finders of gold and silver objects, and groups of coins from the same finds, over 300 years old, have a legal obligation to report such items under the Treasure Act 1996. Prehistoric base-metal assemblages found after 1st January 2003 also qualify as Treasure.

Authors Druids token, discovered near to Offa’s Dyke in 2011, the Token was issued by the Parys Mining Company in Anglesey

​It shouldn’t come as a surprise that there is a lot of tension between the detecting community and the archaeology community.

​One the goals of the Archaeology and Metal detecting magazine, is to bridge those tensions and create a sense of respect for both parties.

It’s important for all detectorist’s to fully understand the legitimate concerns​ that archaeologists have with our hobby. For that I think it’s best to look at a code of conduct according to the Portable Antiquities Scheme in the UK  An organisation the Archaeology and Metal Detecting magazine works closely alongside several of its Finds Liaison Officers.

Please do visit the Portable Antiquities Scheme database, I am sure there are numerous records of artefacts discovered by Metal detectorist’s on or near to both Offa’s and Wat’s Dykes. And please consider your own involvement in metal detecting, a hobby with an extremely growing trend of active enthusiasts.