NETFLIX’S THE DIG: A REVIEW

Today saw the release of Netflix’s new film – The Dig. Directed by Simon Stone and based on the 2007 novel of the same name by John Preston The Dig reimagines the events of the 1939 excavation of Sutton Hoo. It stars Carey Mulligan, Ralph Fiennes, Lily James, Johnny Flynn, Ben Chaplin, Ken Stott, Archie Barnes and Monica Dolan.

I wake early, and with the knowledge that the Dig released today, I made coffee and hit the Netflix button.

After several minutes I paused the film, realising for the first time in my life, that I needed to make notes throughout. This also meant I would need to concentrate thoroughly. Guess what? Concentration certainly wasn’t an issue.

Edith Pretty is a woman with a dream, a feeling, and money enough to do something about it. She contacts Ipswich museum and they send one of their archaeological team to visit Mrs Pretty, and along comes Basil Brown.

The excitement for both the characters and viewers is instantaneous and continues throughout. Fiennes portrayal of the pipe toting Basil Brown was enthralling. Pipe smoking is a lost art and takes me back to the smell of tobacco from my two pipe smoking uncles – David and Keith, my first and middle names incidentally, every time Fiennes took a draw of his pipe made me smile fondly at the memory of my Uncle Dave, who also had a great interest of History and Archaeology. 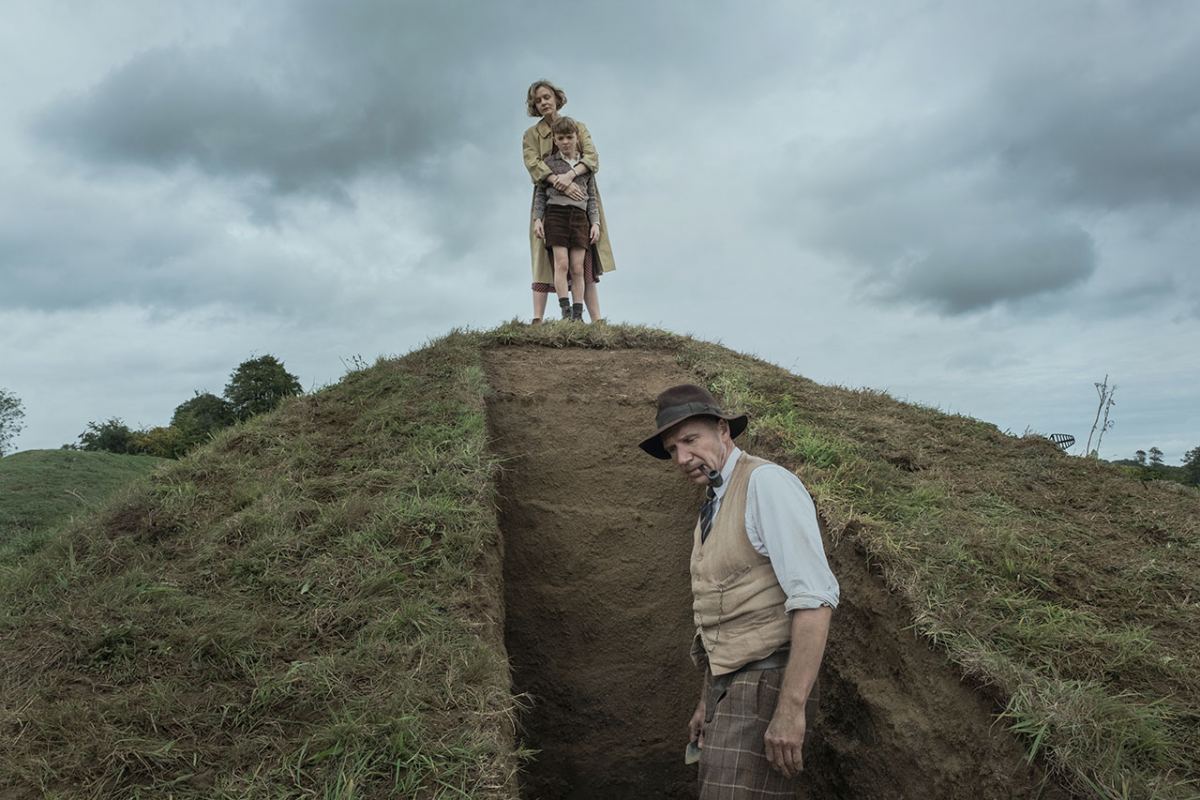 Carey Mulligan’s – Edith Pretty was an elegant interpretation. And the relationship and respect for Basil Brown grew throughout.

I can generally be found trawling the internet during any film based on reality to check facts, and although the Dig is a reimagining of events, the characters back stories were more or less correct, and I found that Mrs Pretty’s family resided at Vale Royal abbey in Cheshire, an area I know well and have explored on many occasions. However, a link to Sutton Hoo I only discovered thanks to the film.

The Dig is an astonishing recreation of the events of 1939, it shows a fascinating insight into the era’s archaeological practises, but also the snobbery of the establishment when the academic involvement eventually transpires.

It also asks the question about modern technology and techniques. Would there be any differences if the discovery was made in modern times, but also how well Basil Brown and the team were able to achieve and record the Sutton Hoo excavation.

The settings and locations are perfectly imagined as are the cast of supporting actors. At times it is both sad and poignant.

I applaud the films makers for their vision and rekindling a passion in archaeology for viewers in the current UK pandemic.

Sadly, the Archaeology and Metal Detecting magazine aren’t at the level for early release viewing, but live in hope for the future.

A quintessentially period British film, well made, informative and based on the original discovery of one of our most important archaeological discoveries. Watch The Dig. You will dig it!