This essay will discuss the benefits of metal Detectorist’s to the archaeological community by examining the various methods undertaken by metal Detectorist’s of assisting archaeologists in excavations, the recovery and rescue of many coins and artefacts from the destruction of modern farming practices and also assisting in the recovery of discarded jewellery. The essay will discuss the case studies of the Staffordshire Hoard, the Frome Hoard and the Snettisham Hoard, all of which metal Detectorist’s discovered and who are also assisting with research projects on hoard sites. The essay will also discuss how a responsible metal detectorist is a useful resource in assisting the archaeological community, through the personal communications with an amateur and two professional metal detectorists. The essay will conclude with how an important resource a metal detectorist is in the recovery of important finds of hoards, coins and artefacts.

Metal detectorists are advised to become members of National metal detecting bodies, The National Council for Metal Detecting. This body ensures the metal detectorist applies their code of practice of ensuring the landowner’s permission; only detect on disturbed plough-land and to report all artefacts to the Portable Antiquities Scheme (Hobbs, Honeycombe, Watkins, 2002, 82-85). The recording of finds to the Portable Antiquities Scheme provides valuable information of the special deposition of coins and artefacts of a location (finds.org.uk, 1996, 6), (Bland, 2005, 445), (ncmd.co.uk). The recordings of antiquities are beneficial to the statutory bodies of English Heritage, The Sites and Monuments Record, Cadw and The Royal Commission on the Ancient and Historical Monuments of Wales  (cambridgeshire.gov.uk). It is an offence under Section 42 of the Ancient Monuments and Archaeological Areas Act 1979, to metal detect on any Ancient or Scheduled Monument however, it is possible to obtain consent from the Secretary of State, through a written application for a genuine motive; non-destructive; for research or the recovery of valuable items of lost property (cadw, 1996, 10). The National Council for Metal Detecting aims to assist archaeologists and museums in the investigation, interpretation and the recovery of artefacts (ncmd.co.uk).

It is possible to gain knowledge of unknown and un-scheduled sites through the exchange of many skills of the metal detectorist in unity with archaeologists and museums. Through the utilisation of a metal detectorist, it is possible a ‘missing link’ or a valuable artefact from a site is recovered to assist with the interpretation and typology of the artefact and the site (ncmd.co.uk, 1998, 5, 16). Metal detectorists are enthusiastic to work with archaeologists to obtain a greater understanding of a site and its landscape and to gather historical knowledge. A greater knowledge of a site is possibly obtained through the unison of the metal detectorist, archaeologist and historian (Austin, 2009, 123). An archaeological excavation is not as effective as a metal detector in the recovery of metal objects because of their size, possible corrosion and also soil type because an artefact may be unseen if it is concealed in clay. It is possible many important artefacts are unnoticed and are deposited within the  ‘spoil heap’. A metal detectorist is also valuable on large excavation sites where possible important finds and artefacts are located and recovered. An artefact or coin recovered by a metal detectorist is also beneficial in the possible dating of a site (archaeology.co.uk), (Addyman, Brodie, 2006, 182-183). An artefact that is within the plough-soil is no longer in their original context because of C-Transforms of ploughing and is therefore vulnerable to destruction by further ploughing and agricultural chemicals (Bland, 2005, 447). The use of metal detectorists on archaeological excavations can create relationships with archaeologists, attract positive media coverage and also create community awareness. Metal detectorists also rescue coins and artefacts from the destruction of nitrate fertilisers used by modern farming methods. Metal detectorists are beneficial in the recovery of lost items of personal jewelry, agricultural machinery parts and also useful with the police services in the recovery of stolen artefacts and missing persons (ncmd.co.uk, 1998-1999, 3-4).

Metal detectorists have recovered many important artefacts comprising of hoards. The Snettisham Hoard was discovered in a ploughed field at Ken Hill, Norfolk, in 1948 by a metal detectorist who discovered three torques within the plough soil. Excavations of the site commenced through this discovery. Five hoards were recovered during the excavations in 1968, 1971, 1973 and 1989, comprising of sixty three torques, coins, a bronze vessel containing approximately fifty torques, seventy ingot rings and bracelets, three ingots and nine coins. In 1990, two further excavations were undertaken and a metal detectorist was utilised, a further two hoards were located and also Iron Age artefacts were discovered within the excavation (Fitzpatrick, 2002, 302-303), (Stead, 1991, 447, 450). It is possible, without the utilisation of a metal detectorist the artefacts would have remained undetected (Cook, 1991, 537).

In 2010, a metal detectorist discovered The Frome Hoard within a scattering of pottery in the middle of a field in Somerset. The hoard comprised of 52,503 coins within a considerable sized ceramic vessel and dating from the 3rd Century AD. The detectorist contacted the Finds Liaison Officer and an excavation of the recovery of the hoard commenced and continued for over three days (archaeology.co.uk).

The Staffordshire Hoard was discovered in 2009 by metal detectorist Terry Herbert on farmland in Lichfield, Staffordshire. Mr. Herbert recovered 244 bags of Anglo-Saxon artefacts of the highest importance and reported his discovery to the Finds Liaison Officer. Mr. Herbert is an enthusiastic metal detectorist and has detected for fifteen years. Mr. Herberthas always reported his finds to the Portable Antiquities Scheme for the previous six years and sought the landowner’s permission (Leahy, Bland, 2009, 6). 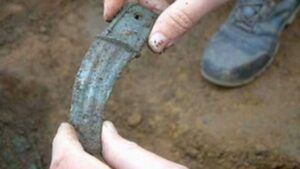 A metal detectorist recovered a spearhead near Tisbury in Salisbury and contacted local archaeologists. An excavation discovered a hoard of over 100 Bronze artefacts dating to Late Bronze Age and Early Iron Age; this find is an extremely rare and important discovery (Riddle, 2011). Metal detectorist Kevin Sawyer, discovered Bronze Age artefacts on farmland in St. Ishmael in Wales, comprising of a bronze bracelet fragment, a large bronze spearhead, a bronze socketed axe and other bronze artefacts (this is southwales.co.uk). A metal detectorist in Hindringham, Norfolk, discovered an Anglo-Saxon zoomorphic shield mount. The cast copper alloy shield mount was decorated in the form of a stylised fish and was gilded and silvered. The metal detectorist submitted the shield mount to Norfolk Landscape Archaeology for recording and identification (Dickinson, Ashley, Penn, 2011, 277). 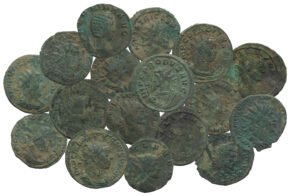 Metal detecting rallies are beneficial in the intense recovery of Iron Age and Roman artefacts at Segsbury Camp on the Berkshire Downs. Metal detectorists were requested to report all finds as part of an archaeological research of the location.  The recovered finds accumulated to approximately 1,300 finds during three rallies of the site. Through this research, it is possible to interpret an intense occupation of the site during the Iron Age and Roman periods therefore; further analysis and research projects are to be undertaken of the site and its landscape (Levick, Sumnall, 2010, 39, 45).

Thomas Lee, a metal detectorist from Windsor, suggested in an interview, that a metal detectorist could ‘field walk for days, possibly months and find nothing’. It is mainly by chance that a discovery of a find is recovered at any given site and time. Mr. Lee always obtained the landowner’s permission and recorded his finds. Mr. Lee’s finds comprised of many Roman, Victorian and Edwardian coins, shoe buckles dating to the 1600s, an Elizabeth I, 6 pence dating 1580 and a gold band engraved with the words ‘True Love and I together Lye’. Mr. Lee has not assisted on any archaeological excavations, although he would if the opportunity occurred (information received from T. Lee, personal communication, February 29, 2012).

Pete Turrell of ‘Leisure Promotions’ of Newbury and a metal detectorist suggested in an interview, that Mr. Turrell ‘had never assisted on an archaeological excavation, although he would also if the opportunity occurred’. Mr. Turrell suggested that metal detectorists are a‘valuable source of assistance’ and possible advice to archaeologists (information received from Mr. Turrell, personal communication, February 29, 2012).

Planning And The Historic Environment: Archaeology. (1996). Accessed October 12, 2011 from http://www.cadw.wales.gov.uk