Skip to content
Home→Historical→ASTRONOMICAL MARVEL – THE ‘STAR OF BETHLEHEM’ RETURNS THIS CHRISTMAS AFTER 800 YEARS.

ASTRONOMICAL MARVEL – THE ‘STAR OF BETHLEHEM’ RETURNS THIS CHRISTMAS AFTER 800 YEARS.

The Vatican has announced that an astronomical phenomenon, not seen in 800 years will be visible this Christmas, and it could explain the story of Bethlehem.

A CHRISTMAS ‘STAR’ will light up the night next week when Saturn and Jupiter come together during a Great Conjunction – but is this the same as the Star of Bethlehem 2,000 years ago?

JUPITER AND SATURN come within touching distance of each other just days before Christmas in an event called the ‘great conjunction’ for the first time in nearly 800 years. 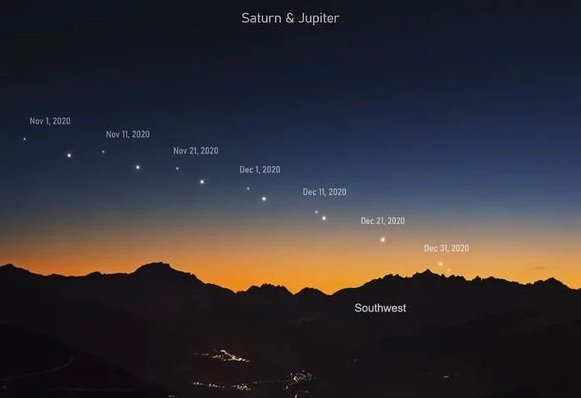 It is expected that the two planets will appear to merge together causing a very bright ‘star’ in the sky.