The Inventor of the Modern Metal Detector

The Inventor of the Modern Metal Detector was Lieut. Jozef Stanislaw Kosacki 1909 – 1990 a Polish inventor and soldier.

While serving in the Signals Corps of the exiled Polish Army defending the Fife coast, Kosacki developed the mine detector.

He had experimented with mine detection while still in Poland, but based in St Andrews in 1941, he was asked by the British War Office to develop a device which could be used to clear growing mine fields, both much faster and with much less risk to the lives of the soldiers doing the clearing than their previous technique of prodding the ground with bayonets. 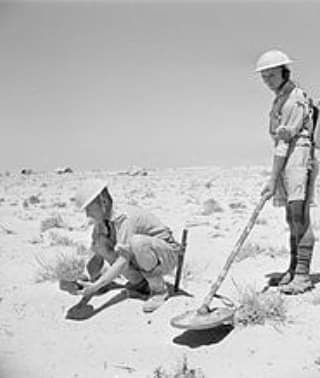 More than 500 of his so-called Polish Mine Detectors were shipped to North Africa for use in the Battle of El Alamein. Based on the same electro-magnetic technique used by metal detectors today, Kosacki’s device certainly saved many lives, and its direct descendants remained in service with the British Army until the 1990s.

He never patented his invention and received little recognition due to the climate of secrecy during the War, although he did get a letter of thanks from King George VI.

Today Poland is still developing high quality metal detectors at Rutus. A new product is due to be released in the very near future and the Archaeology and Metal Detecting Magazine will have all the information.