The Cavaliers treasure by Doug Pickford

A warrior prince, lost treasure, a shape-shifting dog who became an army’s sergeant major general, a stone heart and the devil in disguise – a motley crew that may have connections with Leek in Staffordshire.

This long and winding road travels from the Bronze Age to the English Civil war and, more recently to a hippy pop group of the 1970s.

That group, a ‘prog rock’ ensemble known as King Crimson, composed a song entitled Prince Rupert’s Lament, referring to Prince Rupert of the Rhine, a nephew of King Charles, who was a cavalier soldier who headed the royalist army in and around England during that war. 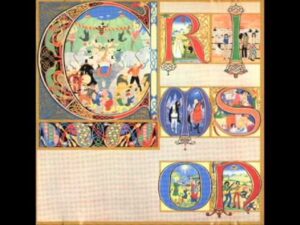 Prince Rupert was the iconic Royalist cavalier of the conflict and was frequently the subject of Parliamentarian propaganda. He owned the dog called Boy, who often accompanied Rupert into battle, featured heavily in this, and was widely suspected of being a witch’s familiar. There were numerous accounts of Boy’s abilities; some suggested that he was the devil in disguise.

Boy was also “able” to find hidden treasure, was invulnerable to attack, could catch  bullets fired at Rupert in his mouth. Royalist soldiers also promoted the dog, as their adopted mascot to the rank of Sergeant Major General.

Reportedly, Boy had other endearing attributes, such as cocking his leg when he heard the name of John Pym, leader of the Parliamentarian forces.

It is the dog’s so-called magical abilities that connect it with an ancient site in Leek, known as Cock Lowe. This site between Waterloo Road and Spring Gardens was demolished (although I would describe it as destroyed) in 1907 despite protests. 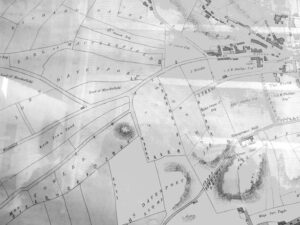 Cock Low, recorded as ‘Catteslowe’ in the later 16th century and as Cock Lowe or Great Lowe in 1723, probably dated from the Bronze Age. In 1851, when it was described as 40 yards in diameter and 18 feet in height, an excavation by William Carrington uncovered a flint implement and fragments of an urn and of human bone.

The mound was destroyed in the course of the development of the area, but an urn containing a cremation burial of the early or middle Bronze Age was discovered, as also a heart-shaped carved stone.

These had been missed by earlier excavators – but the mystery of Prince Rupert, his treasure-hunting dog plus the King of England, remains. The cavalier prince knew of possible treasure to be found in the mysterious ancient mound that went by the name of Catteslowe or Cocklow. And the question is – was this the 18 feet mound?

Rupert applied to his uncle, Charles 1st, to be granted a royal warrant for treasure trove at a lowe he named Cocklom in Staffordshire, that could very likely be Cocklowe. Many historians and other scholars agree.

In December of 1680 an application was made for a royal warrant to the Clerk of the Signet for a privy seal. It was for a grant to Prince Rupert, Count Palatine of the Rhine and Duke of Bavaria and Cumberland, of all and all manner of treasure trove of gold, silver and other things whatsoever hidden in or near the hill called Cocklom, co. Stafford, which shall be found within three years now next ensuing; with full power to them or such as they shall appoint to dig in or near the said hill during said term and to do all things which the King can lawfully authorise them to do in order to the finding the same; and to sue all persons in the King’s name or the said Prince’s who shall take away or withhold the said treasure contrary to the law or to this grant.

Whether this was acted upon or not is not known. A 1976 book by Leslie Grinsell entitled Folklore of prehistoric sites in Britain says: “Cock Low, Leek (map reference SJ 9855 approx), is a destroyed round barrow originally c 40 metres in diameter and c 5.5.m high; almost certainly the ‘Cocklom’ which was the subject of a treasure-digging authorisation issued to Prince Rupert c 1680.” 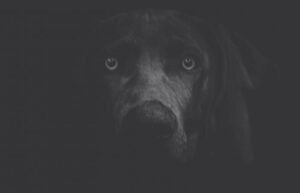 It goes on to say that to this site may also relate to a tradition of a phantom dog – and perhaps this is a memory of the so-called supernatural dog.

Cocklowe was excavated by Thomas Bateman of Middleton Hall in Derbyshire on the 29th December, 1851; and a headmaster Samuel Carrington, who was present, described the operation : “We proceeded to excavate the Cock-low, a large barrow close to the town of Leek, measuring forty yards in diameter, and six yards in elevation, composed of sand only, and standing upon a floor of red sand, without any mixture.

In 1907 when Cocklowe was being demolished the Rev William Berrisford recorded that a double-lipped urn fell from the diggings; the urn broke into pieces but within there was a very rare heart-shaped stone, an iron ring, and a parcel of chopped-up animal bones along with what were considered parts of a child’s skull. As the destruction carried on some large stones were pulled up from near the bottom of the mound – these had been arranged into something like a circle (the burial itself). Some of the stones were apparently painted red and blue which for a time were thought to be wode, but later disputed.

But the mystery does not end there. Apparently there was another lowe or burial mound in Leek also known as Cocklowe, or Catteslowe. This was apparently around the site of Big Mill and Belle Vue – but of it there are no records.

Doug is a well respected Author, Journalist, Historian and Editor of several major newspapers in the North West and Midlands in the UK.

Thanks to Doug for offering his work to the Archaeology and Metal Detecting Magazine for publication.