In the coming weeks, Archmdmag have been invited to Macclesfield’s – Viking Axe. and produce an introductory article about the venue, as well as chat all things Viking.

The Viking Axe was founded in April 2019 by Andy Mayo with his wife Vanessa and daughter Danae. A bespoke cabinet maker by trade, Andy left that world behind to start a new adventure – providing something unique and fun in his hometown of Macclesfield. 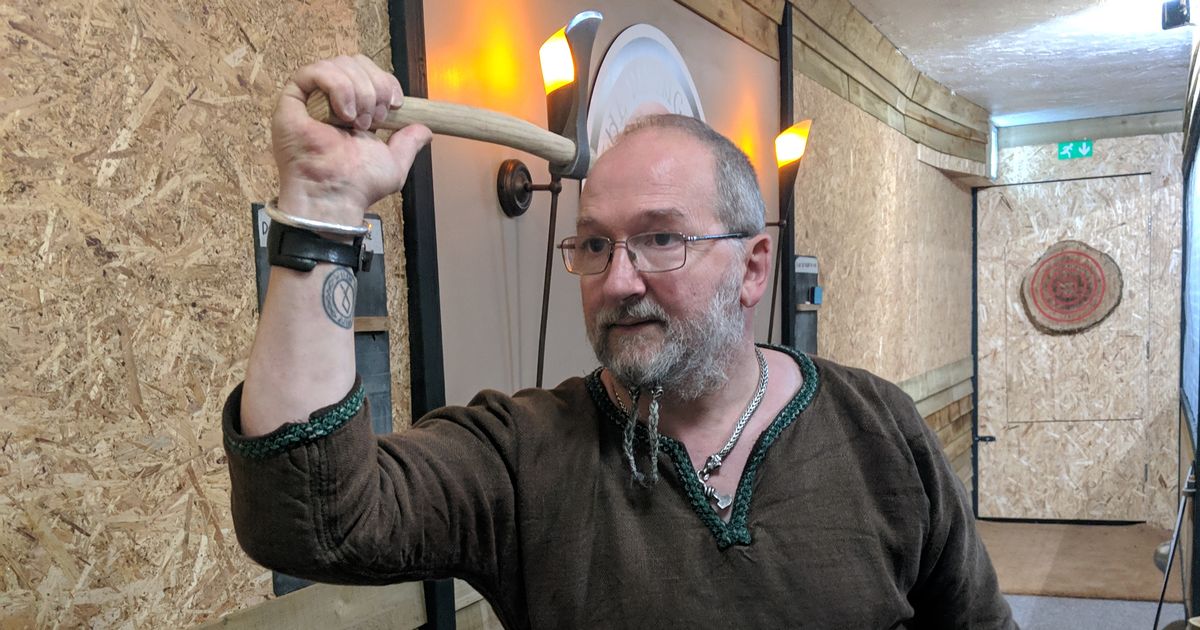 Whilst not all the staff are related, they consider ourselves to be a kyn ( an Old Norse word meaning family) and we are dedicated to ensuring every single one of their customers has an amazing experience. If you’re not happy, they’re not happy!

They’re more than happy to chat about anything Viking related either whilst you’re throwing or in our chillout area, whether it’s history, myths, culture, runeology, TV shows, video games or even languages (they can even demonstrate battle tactics).

Whilst discussing our visit with Andy, he mentioned the Bearded Axe and his theory which he had recorded as a vlog on YouTube. Intrigued I went away and looked at both at Andy’s video and briefly at the Bearded Axe itself in research books and online.

A bearded axe, or Skeggøx (from Old Norse Skegg, “beard”, and øx, “axe”) refers to various axes, used as a tool and weapon, as early as the 6th century AD. It is most commonly associated with Viking Age Scandinavians. The hook or “beard”, i. e. the lower portion of the axe bit extending the cutting edge below the width of the butt, provides a wide cutting surface while keeping the overall weight of the axe low.

This design allows the user to grip the haft directly behind the head for planing or shaving wood and variations of this design are still in use by modern woodworkers and some foresters. The “beard” of the axe would also have been useful in battle, for example to pull a weapon or shield of a defender’s grasp.

There are a number of variants in its design.

Here’s Andy’s Theory. Which I believe is very much an acceptable hypothesis and potentially adds an acceptable consideration to the use of the Viking Bearded Axe.