A fantastic story we have covered on several occasions via our Facebook page, is that of Stuckie the Mummified dog.

The story begins when a group of loggers from the Georgia Kraft Corporation cut off the top of a chestnut oak tree and found a mummified dog staring back at them.

Inside the base of the tree was a brown and white hunting dog that experts say had been there for over 20 years.

All that was left at this point was the dried, mummified remains of the dog, posed in a position that sheds a haunting light on what the last few minutes of his life must have looked like.

His new home is now in the Southern Forest World Museum in Waycross, Georgia, where they have him on display as a tourist attraction. 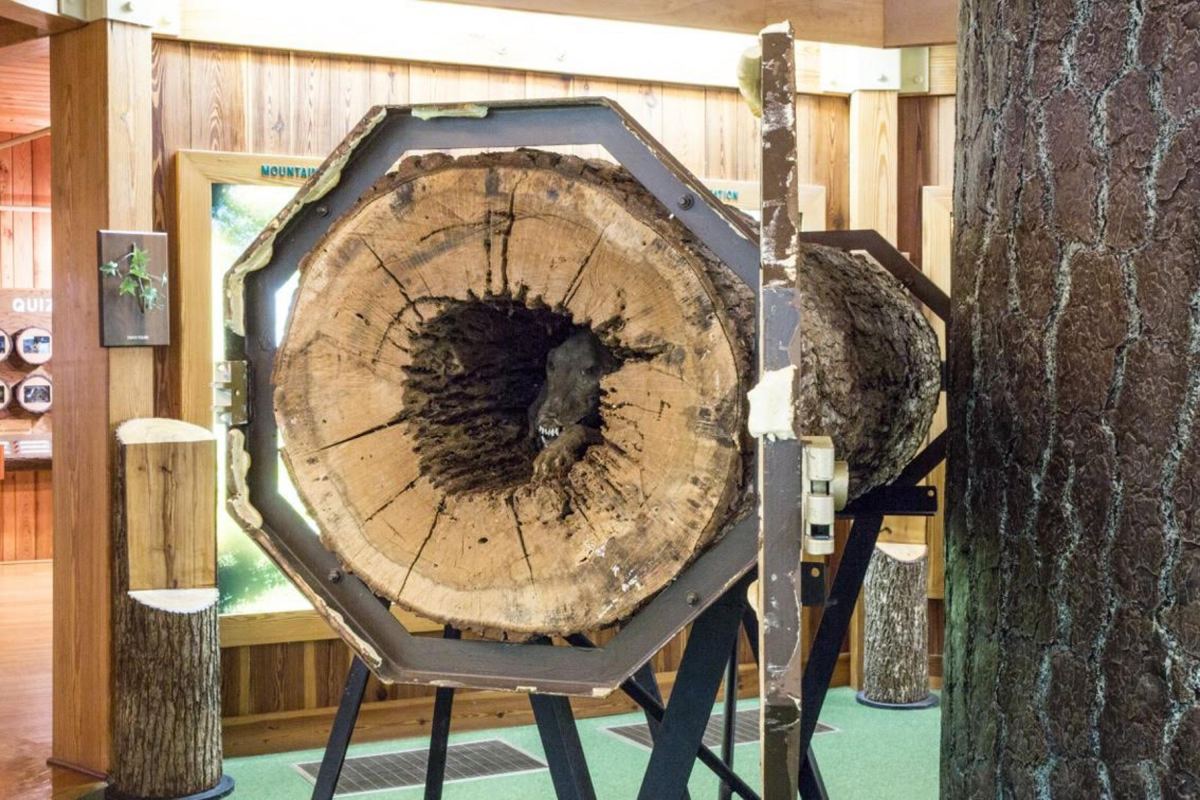 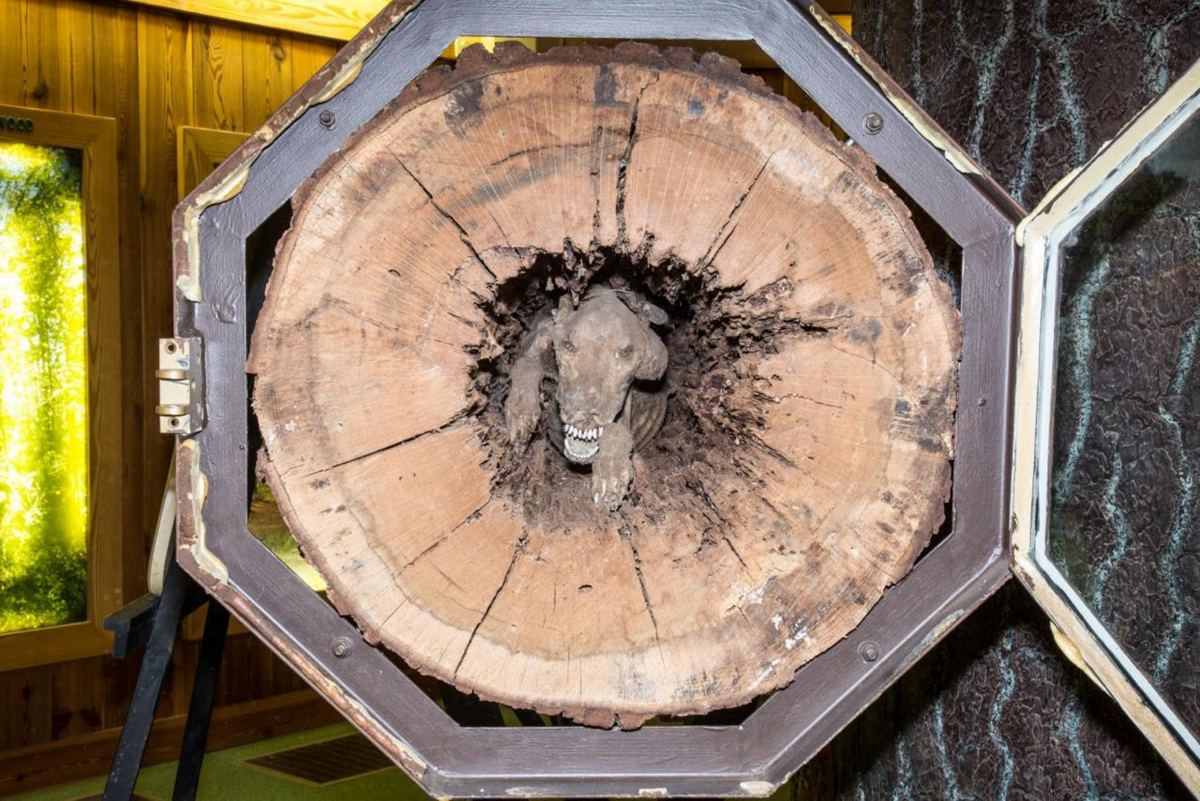 Owner of the museum, Bertha Sue Dixon, elaborated on the story.

Apparently, it all began back in 1960 when the dog crawled into a hole at the bottom of the tree and shimmied his way about 28 feet up.

“He’s a hunting dog, so we assumed that he was chasing something in the tree,” Dixon said.

However, as he continued upwards, the passage became narrower and narrower until eventually, he accidentally got himself stuck.

The loggers found him 20 years later, and while they could have just turned him into sawdust, they instead decided to donate the dog, tree and all, to the Southern Forest World.

His precarious situation has earned him the nickname “Stuckie”.

He is now the museum’s top attraction. Every day, tourists from all over pass by to observe him through his glass display case, pawing for freedom that will never come.

The real question, however, is how did Stuckie remain preserved for so long?

Certainly, he isn’t anything like the Egyptian mummies that we have all heard of, carefully embalmed and wrapped in cloth.

According to Kristina Killgrove, a biological anthropologist from the University of West Florida, the conditions inside the tree did all the work.

“Normally, when animals and people die, the microorganisms inside the gut start taking over the body. Then, as the body begins to decay, bacteria, fungi, insects and other animals come to eat the remains. However, Stuckie experienced none of that.”

“The tannins that occur naturally inside of chestnut oak trees acted as a sort of desiccant, absorbing the moisture and drying out his body.”

“No moisture also means no microbial activity, effectively stopping the process of decay.”

“The air traveling upwards through the hollow tree also turned out to be a major contributor.” She stated

Bertha Sue Dixon explained. “It had like a chimney effect,”

“Because of the tree’s shape and size, the air going up and through it would have made it hard for animals to detect the dog’s scent.”

“So anything that would eat dead flesh would never know he was in the tree,” Dixon said.

In his shocking, petrified state, the dog and his desperate struggle to survive will now forever remain a part of history.