During the first weekend in September. The Celtic Stags Metal Detecting group organised a Metal detecting rally near to Strata Florida Abbey in South Wales.

Multiple fine coins and artifacts were discovered in keeping with the locations history. But one discovery excited the group and ourselves a little bit more.

Danni Yallop and her nephew – Liam Wilkinson on his first time detecting, were using a Nokta Makro Simplex + and Garrett Ace 250 and finding general metal detecting finds. Liam was not having much luck, so swapped machines and they worked together to help him understand the tones, suddenly Liam received a good hit of around 62 on the Simplex screen. Digging the hole, they discovered a stunning long bronze piece with what looks like a Wolfs Head. Upon cleaning they took it to rally organiser – Craig Hearne.

In Craig’s words – “I had a call over the walkie talkie about the artifact and to try and identify it when I got there. I saw few people around the Danni and Liam and asked them to disperse, I gave Danni and her friends a set area to work in once I saw what I thought maybe part of a staff, or part of a dagger handle. Viking came to mind given the patterns on the artifact. I took the find back too my trailer tent too keep safe and study more, but with no idea of what it might be. Although with the roman coins coming up. it could of been roman artifact. A strange one for me and archaeology they work hard on digs as well fair play to them” 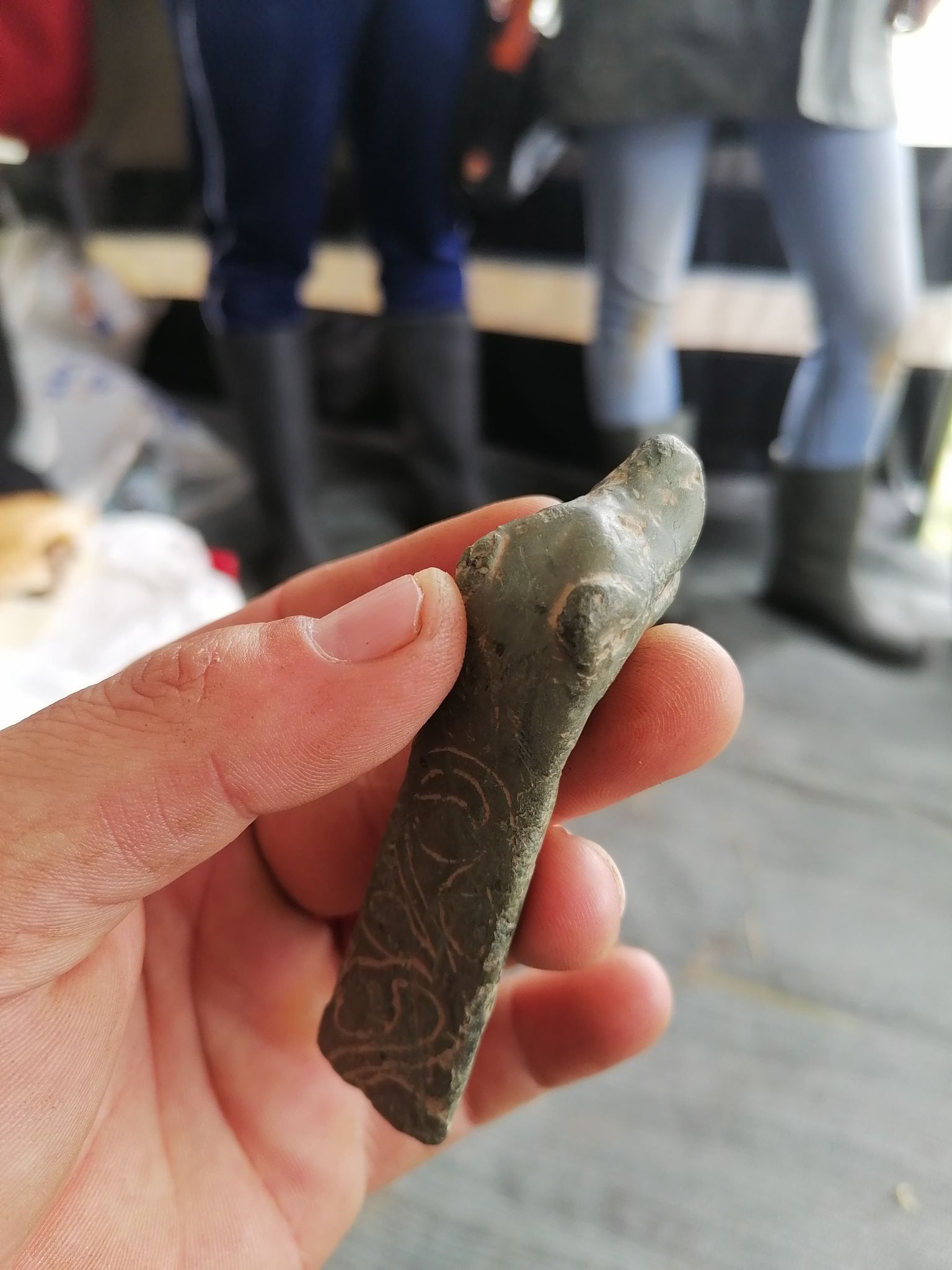 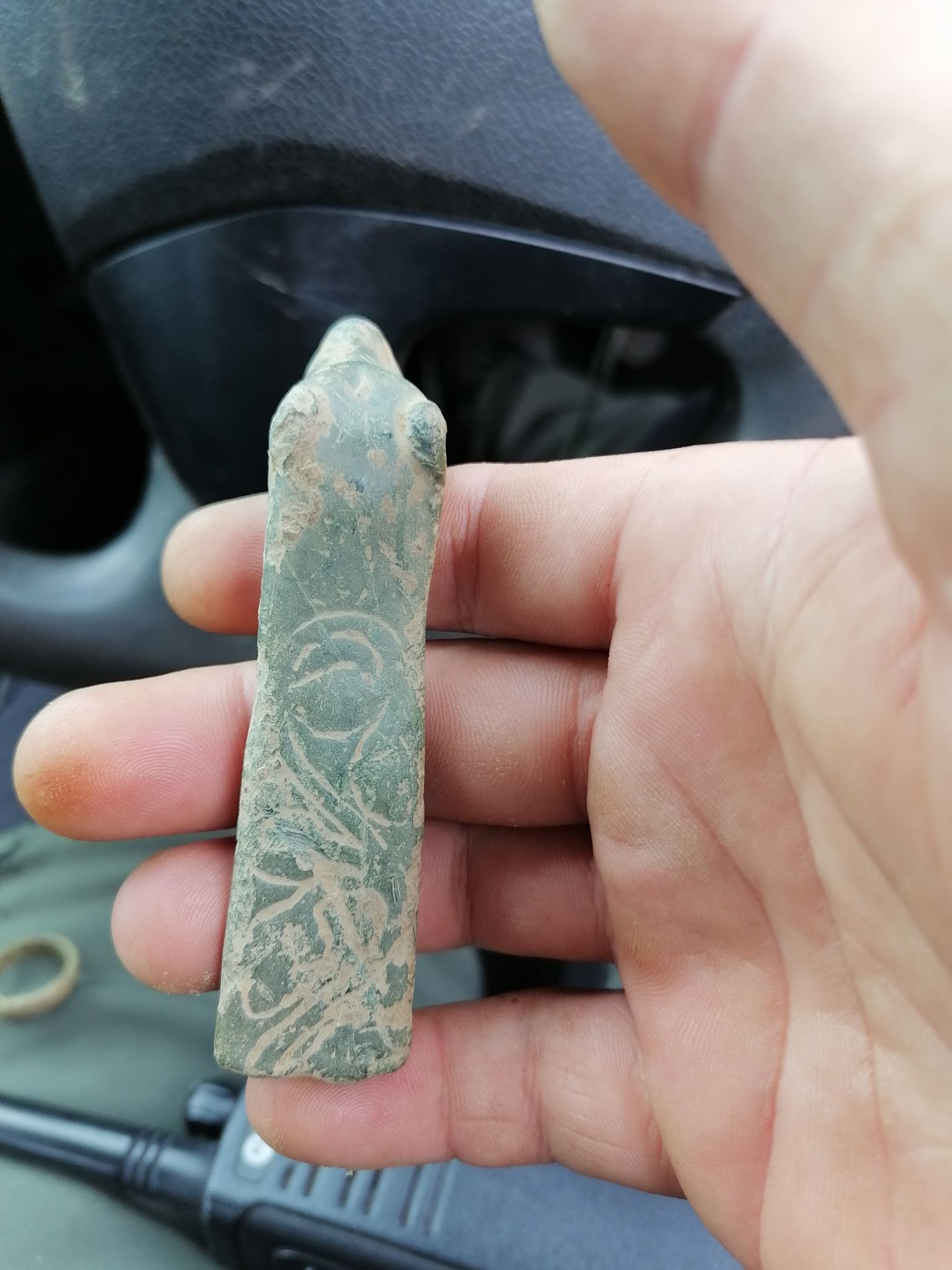 The artifact images were sent to the Archaeology and Metal Detecting Magazine for help in identification. But it wasn’t until we had Craig as a guest on the BIG Detecting Show that the identification was made proper.

In the video of the show below, one of the viewers helped identify the artifact as a Roman Patera Handle.

But what is a Roman Patera? 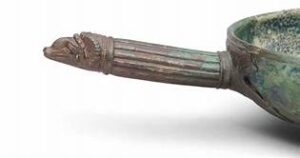 A similar handle attached to a patera

Great thanks to Danny, Liam and the Celtic Stag team. And to the viewers of the BIG Detecting show for their input.