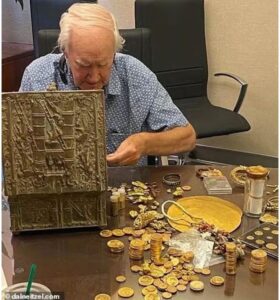 So. Last week we told you that the Forrest Fenn treasure had allegedly been discovered in the Rocky Mountains in the USA.

Famed art and antiquities collector Forrest Fenn, who hid $1 million in treasure in the Rocky Mountain wilderness a decade ago, said that the chest of goods has been found.

Fenn, 89, told the Santa Fe New Mexican that a treasure hunter located the chest a few weeks ago.

“The guy who found it does not want his name mentioned. He’s from back East,” Fenn said, adding that it was confirmed from a photograph the man sent him. Fenn did not reveal exactly where it had been hidden.

Fenn posted clues to the treasure’s whereabouts online and in a 24-line poem that was published in his 2010 autobiography “The Thrill of the Chase.”

Hundreds of thousands have hunted in vain across remote corners of the U.S. West for the bronze chest believed to be filled with gold coins, jewelry and other valuable items. Many quit their jobs to dedicate themselves to the search and others depleted their life savings. At least four people died searching for it. 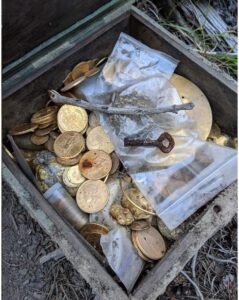 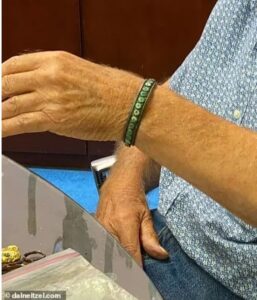 Congratulations to the finder. We could do with another treasure to keep us engrossed. However. Those who died searching for the treasure should surely be remembered.