What seems like more than 3 years ago, a chap I know, who attended several metal detecting events I organised for the Mayor of Rochdale, hit quite the run of form, discovering gold items on a few back to back digs. Little did all who knew him realise what significance one of Mark Thompson’s finds would actually have.

Mark was attending a Find a Field metal detecting group organised event near Sherwood Forest, whilst using a Teknetics Eurotek Pro he discovered a gold ring. After brushing off the dirt he was happy to find it was made of gold with a massive sapphire in the centre, as well as an engraving of an infant Christ on one side and a female saint on the other.

Mark, whose day job is spray painting fork lift trucks, had taken up metal detecting as a hobby and never really expected to get much out of it apart from a bit of pleasure. The ring, which has been dated as far back as the 14th century, was given conservative estimates placing the ring at around £20,000, with upper valuations hitting £70,000. 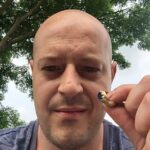 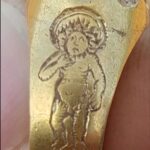 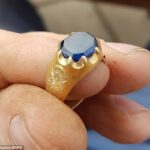 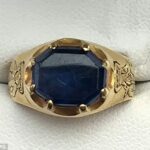 Mark is quoted in many news sources as saying “I had been out metal detecting with a group for about 20 minutes when I heard the signal.

“I was really excited when I saw that it was gold, but I didn’t realise at that point just how significant it might be.

“I called my friend who came down to take a look and help see whether there was anything else related nearby.

“It’s the find of a lifetime; I never expected to unearth anything like that. I’m still in shock when I think about it – it was such an exhilarating moment.

“If it does prove to be as valuable as we think it might be, it would completely change my life.”

Mark contacted his local Finds Liaison Officer from the Portable Antiquities scheme in accordance with the legislations set out in the Treasure act of 1996. The ring was researched and the identification helped class it as Treasure via the British Museum

Speaking at the time of the discovery, one expert said that Robin Hood himself would have been proud of such a discovery.

Emily Gillott, an archaeologist for Nottinghamshire County Council, said: ‘It is remarkable that finds like this are almost as beautiful as the day they were made.

‘This is the kind of loot that Robin Hood would have been thrilled about – it would have bought a lot of medieval dinners and then some.

‘A ring like this would have been worn by someone of extremely high status – perhaps by a bishop visiting our own Rufford Abbey or Laxton Castle.

‘It was a reflection of life for people in this sort of position as opposed to a peasant who could only dream of owning such a valuable item.’

Recently the ring was released to Mark and in agreement with the landowner, who receives an equal 50 percent share of any monies accrued from the sale, was offered to the Christies Auction house in London. The ring has now been set for sale which takes place on Wednesday 27th November 2019. A link to the day’s sales appears within this article. We also hope to offer a live feed on the day of the sale via the Archaeology and Metal detecting magazine website and Facebook page.

A spokesman for Christie’s stated: ‘A sapphire of this measurement and high quality is extremely uncommon in jewels of this era.

‘Prized for its intrinsic worth, magnificence and rarity, the sapphire was believed to maintain the wearer from poverty.

‘Additionally it is the colour of the Virgin and of the heavens, which meant it might have protected the wearer’s chastity, comforted the guts, expelled envy and detected fraud and witchcraft.

‘This ring can also be engraved on the shoulders with depictions of the toddler Christ and of St. Elizabeth of Hungary evoking the age of religion, epitomising the late medieval world.’ 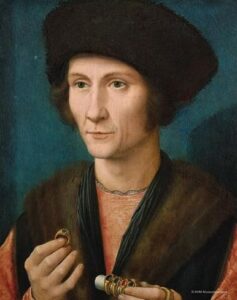 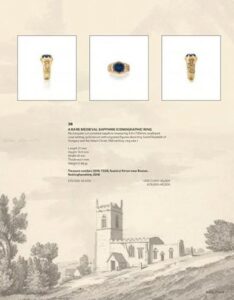 The highlighted areas link to the rings information on both the  Portable Antiquities Scheme database and Christies Auction house websites.

Many thanks to Mark for allowing us to use his images and keeping us updated with the entire process of the rings discovery to sale.