Skip to content
Home→History, Mythology and Folklore→Leasowe Castle and the legend of the Mermaid

Leasowe Castle and the legend of the Mermaid

Leasowe is an area on the north coast of the Wirral Peninsula, in Merseyside, England, near Moreton and, between Wallasey and Meols. Historically within Cheshire

The name ‘Leasowe’ comes from the Anglo-Saxon Leasowes or ‘Meadow Pastures’. Its sand dunes are the largest such system on the Wirral. Much of the area is at or below sea level and is protected by the coastal embankment. Houses built in the early 20th century were often flooded and unsanitary, but after about 1926, new roads and drainage were put in by the Borough Council, and much new housing was developed. Along the embankment between Leasowe and Moreton are the remains of fortifications built during the Second World War. 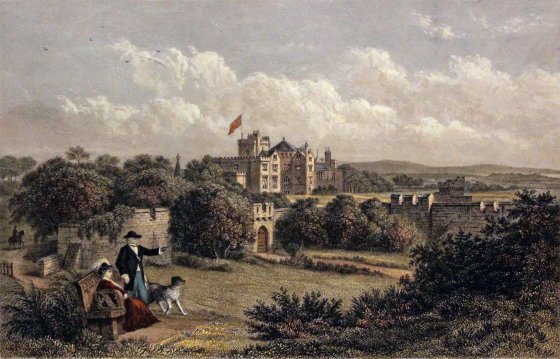 Leasowe castle was originally the summer home of the fifth lord of Derby. It was built for Ferdinando Stanley, the 5th Earl of Derby, a patron of Shakespeare as an observation platform for the Wallasey races which took place on the sands in the 16th and 17th centuries, and which are regarded as a forerunner of the Derby races. Ferdinando’s brother William, the 6th Earl, was described as a noted sportsman and is remembered as a keen supporter of the Wallasey races.

During the civil war, it passed into the hands of Cromwellian supporters and became very neglected

At first the castle consisted only of an octagonal tower. This had become disused by 1700, and it became known as “Mockbeggar Hall”, a term often used for an ornate but derelict building. The term “Mockbeggar Wharf” is still used for the adjoining foreshore. The “Mockbeggar Hall” is also the name of a Wetherspoons pub in neighbouring Moreton.

In 1821 ownership passed to the Cust family. After 1826 the building was used as a hotel for some years. The ceiling of the Star Chamber at the Palace of Westminster was brought to the castle in 1836 along with panelling and other furnishings; they had been salvaged from the old Palace of Westminster before the Star Chamber was demolished in an 1806 building project. The Star Chamber was so called because the ceiling was decorated with bright stars. The ceiling and four tapestries depicting the four seasons still remain. Oak panelling from the Star Chamber and some made from the submerged forest along the coast were also installed. However the oak panels were removed in 1893.

Now though it is one of the Wirral’s best known hotels and eateries and popular venue for weddings and other family functions, with around 50 bedrooms, It has recently been sympathetically refurbished to retain its great historical character.

For a number of years now, the hotel has been visited, quite regularly, by two unpaying guests, from one of the bedrooms; patrons are often to be found, running down the hallways, at a late hour. The ghosts of a gentleman and a young boy appear together scaring the occupiers half to death.

History tells us that many years ago, there began a family feud, which ended in a man and his son to be locked up in a room in the castle. Rather than allow his son to suffer there imprisonment, he killed him and then committed suicide. The phantom pair have been witnessed by many, but reports have lessened over the last few years, so have the father and son made up with their relatives?

Not far away from the castle, is the tale of the Leasowe mermaid, She was often seen at midnight in the moonlight and at full tide, sitting on some boulders near to the shore, combing her hair and singing as only mermaids can. 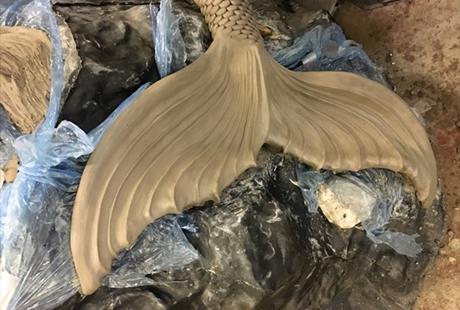 The mermaid was both beautiful and irresistible, as one young man came to find out; John Robinson found her sitting on Black Rock near Liverpool, as he sailed by in his boat. Disregarding all his mother had told him, he fell prey to her charms, he invited her on board his vessel, where there talked for a long while. She dived back into the deaths of the water. She then gave him her ring as a keepsake. Five days later, John Robinson died of a broken heart. This story told of Black rock being near Liverpool, it is actually just off Leasowe, as found in Speeds 1610 map of Cheshire, pinpoints it, correctly lying just off Leasowe’s shoreline.

It is said that many others have been swept away to their doom, after hearing the mermaids beautiful tune. But doe’s she still sing today….?