Derek Ottley has created a display consisting of British and German spent bullet cases detected /collected over the years and even purchased at military fairs.  Nothing in the display is live

These were then placed in a uniform pattern other than at position 11 and 12 this to mark the Armistice of 11th November 1918 which was signed between the allies of WW1 and the German Empire. 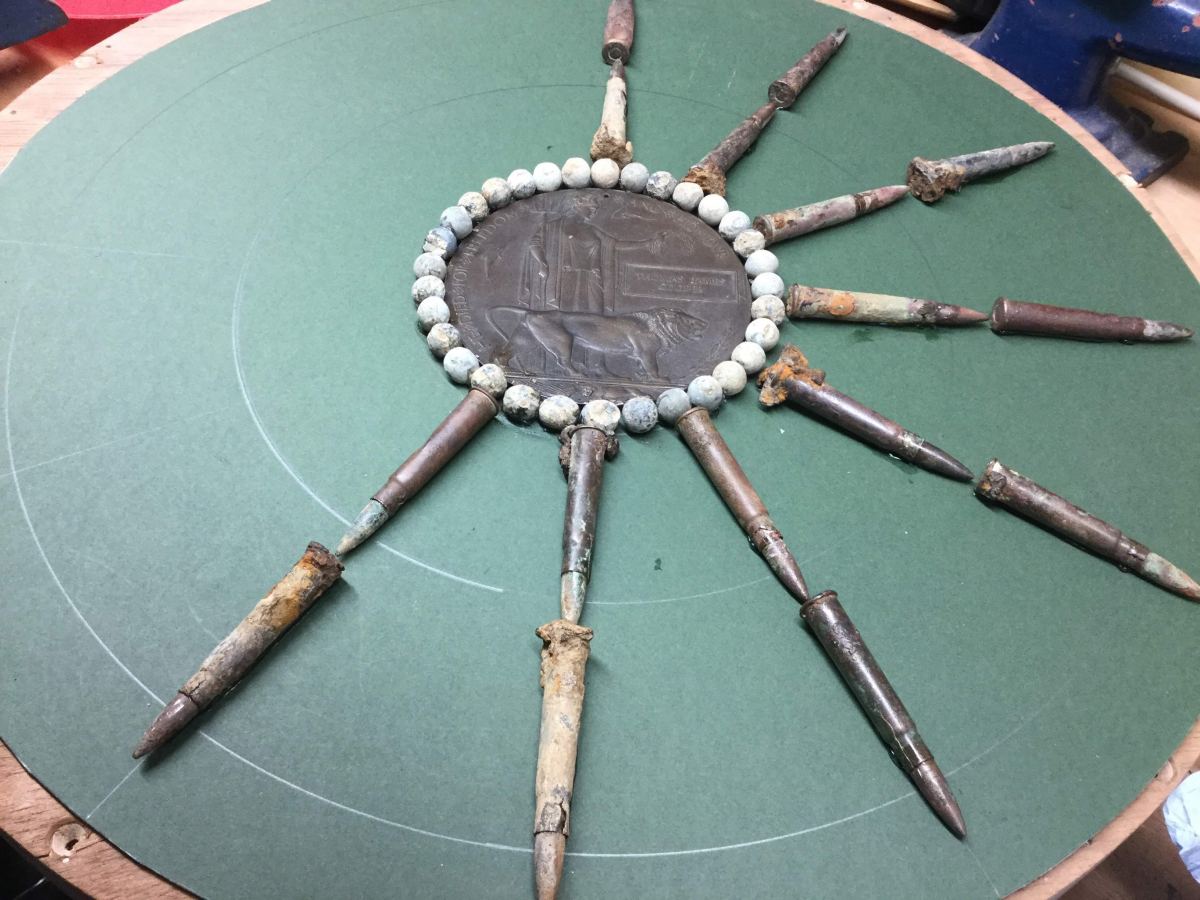 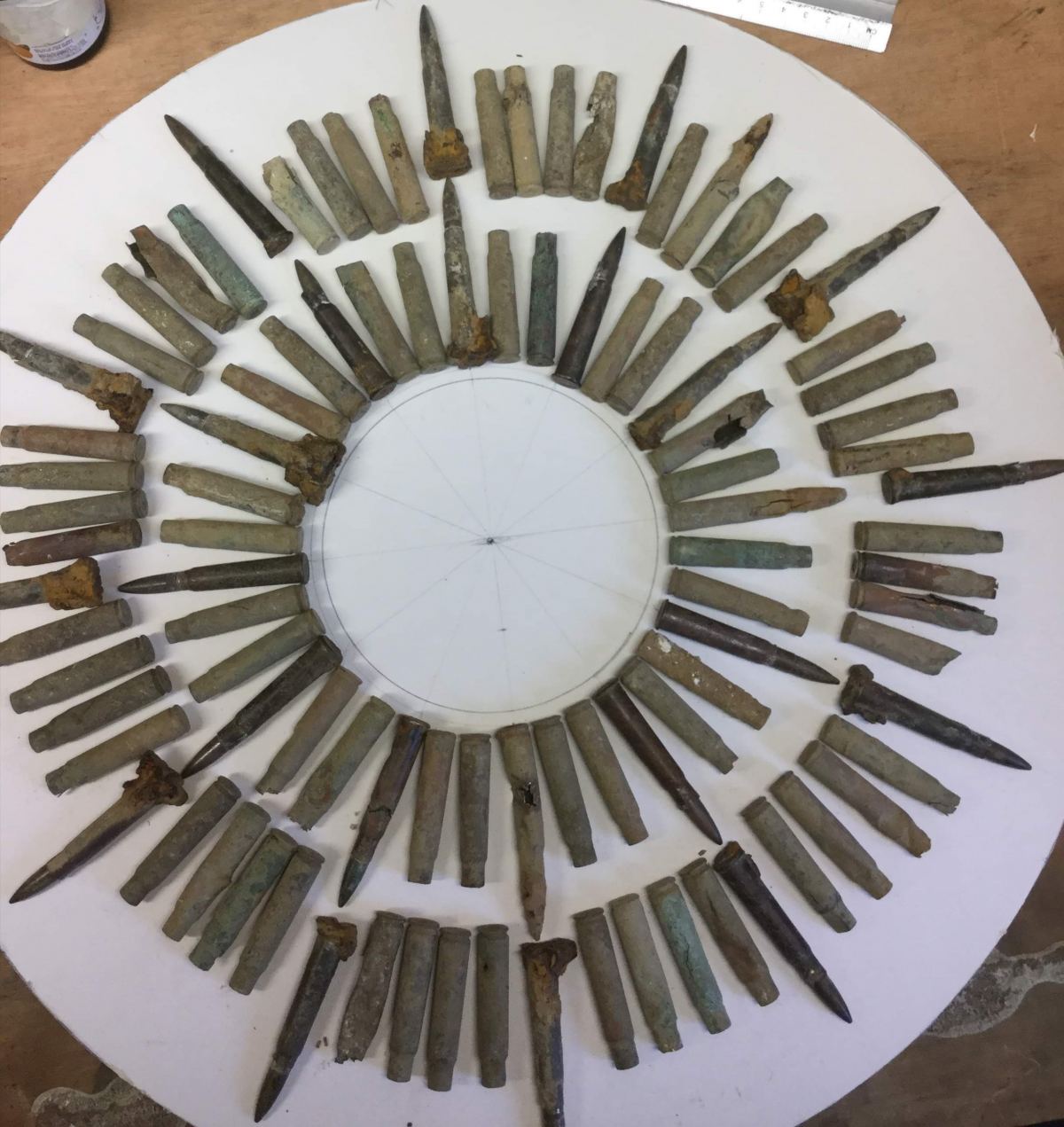 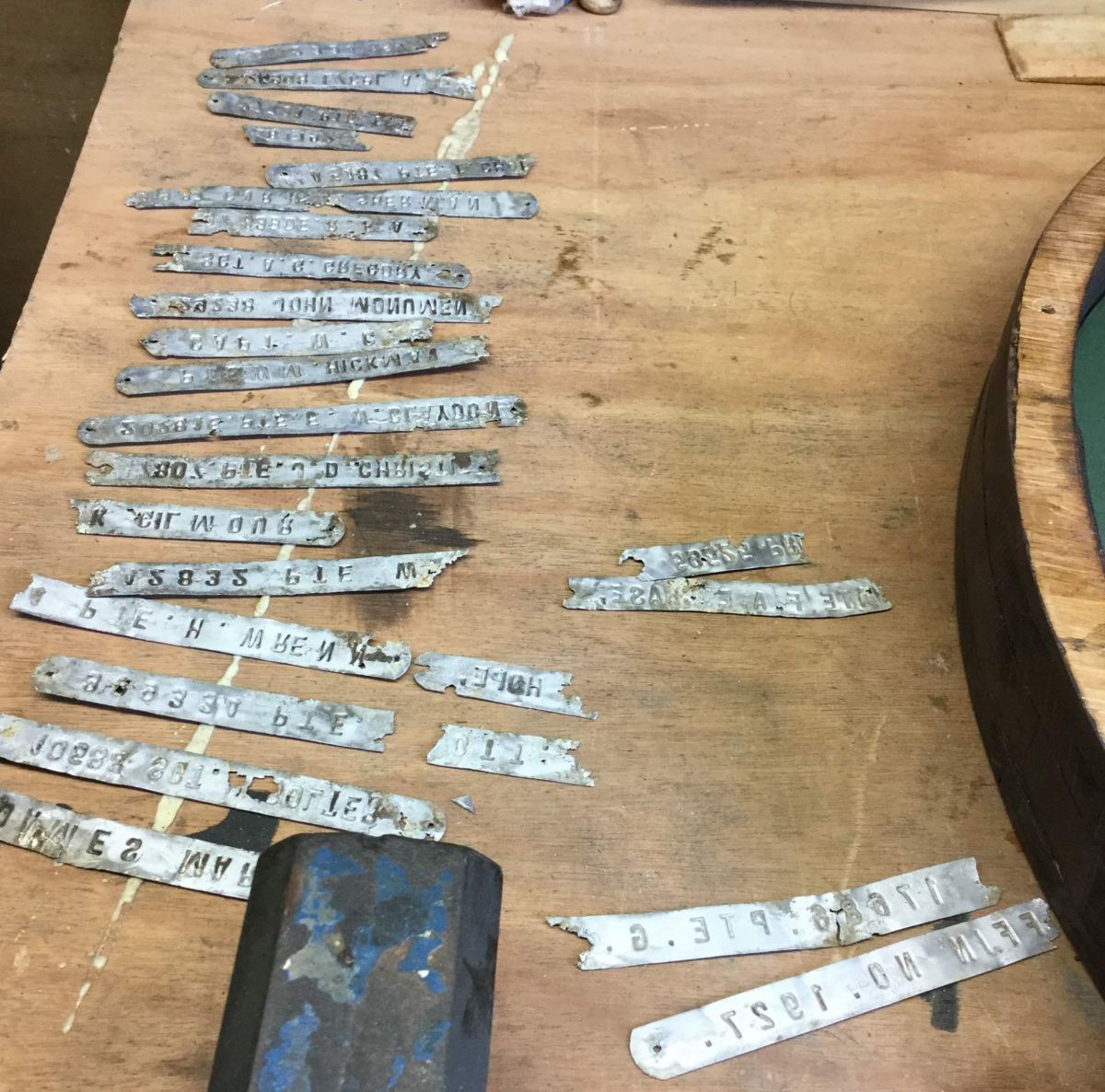 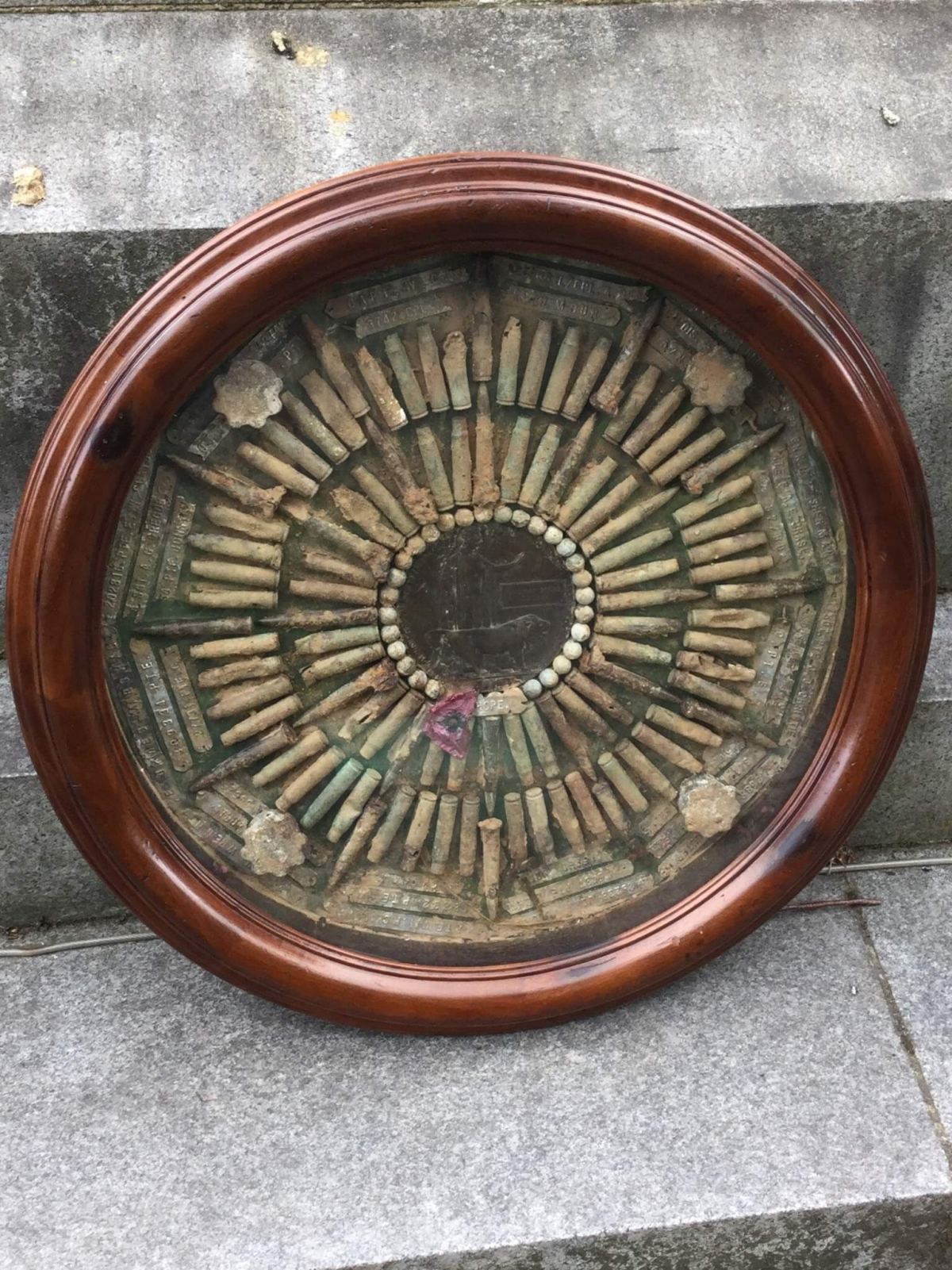 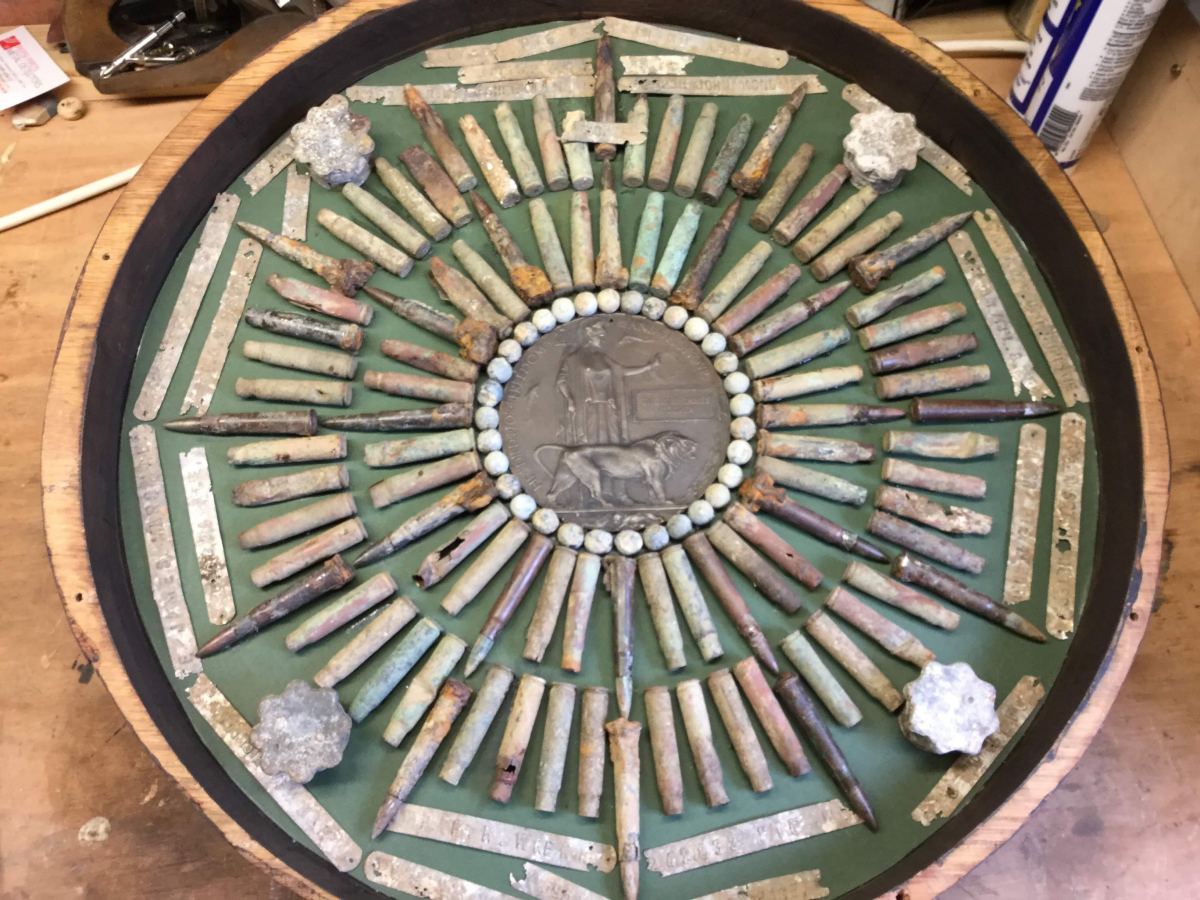 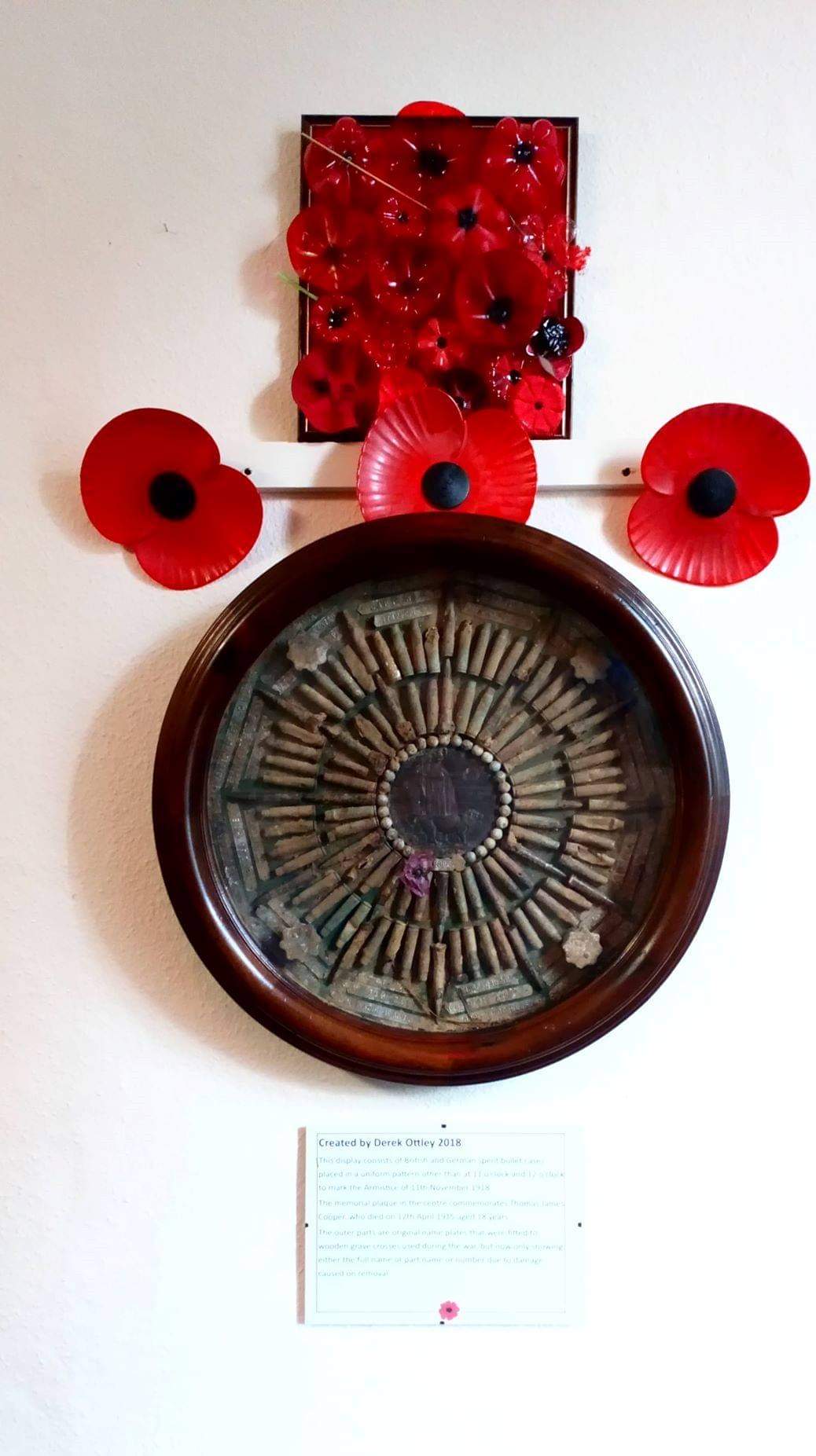 The memorial plaque in the centre is to –
Thomas James Cooper
Died 12/04/15
Aged 18 years old
The outer parts  show original name plates that were once nailed to wooden grave crosses used during  WW1.
But on removal some were damaged in that process and now only show full name /part name or even just a service number. That aside, he managed to identify 21 soldiers using this information alone. (These plates were from a Brocante market, thrown altogether in a plastic bag)
One of the plates just have the word “Hope” this was placed just to the side of the poppy that was picked off the battlefield  over in France in 1996.
All the artifacts within the display were slightly cleaned so that the glues would set and adhere to the background then the original soil was added again  to each individual item so that no traces could be seen and hidden from view.
The display was shown at the Cheshire Military Museum 2018.
I am sure you’ll agree, Derek has created a fascinating display.