A stunning medallion has been discovered in New York State, USA by one of our readers – Bill Stewart. Bill would like help Identifying the find.

Bill Says ‘Hello , I found this 5 years ago here in Chemung County, New York near to Newtown battlefield. I have been trying ever since i found it to identify it. I hope you could help me to identify it. This is why i love metal detecting my first find ever with an Garrett ace 250. I love that machine but i was able to upgrade to the AT Max. I am going to go back where i found this medallion.’

The battle  mentioned by Bill was the Battle of Newtown fought in August 1779, during the American Revolutionary War. It was the only major battle of the Sullivan Expedition, an armed offensive led by General John Sullivan that was ordered by the Continental Congress to end the threat of the Iroquois who had sided with the British in the American Revolutionary War. In the battle, the Iroquois were defeated decisively. 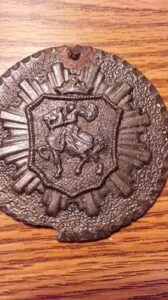 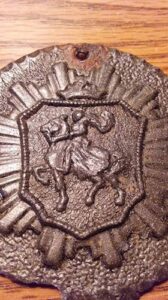 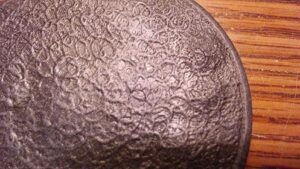 Thanks to Bill for contacting us. We hope someone will be able to assist. Please comment below and Bill will be notified.