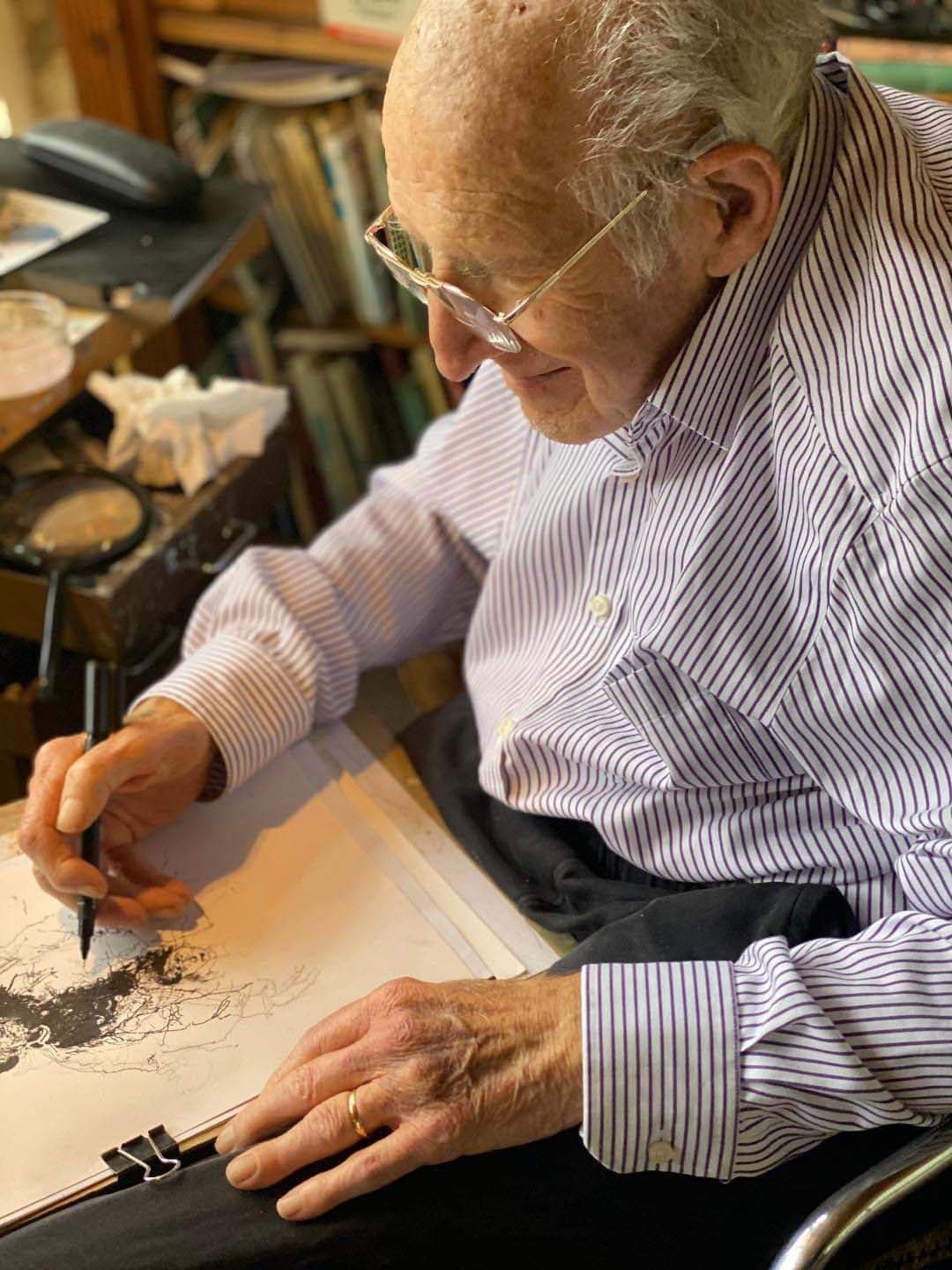 A statement from the Time Team production company announced the passing of original artist Victor Ambrus, Victor’s drawings of life at each episodes location with historic context were a fantastic addition to the show.

The statement reads – Time Team are deeply saddened to have learnt of the passing of our dear friend, Victor Ambrus, on 10th February 2021. Having talked to the family, Tim was told that this wonderful man had a peaceful end with his family around. They agreed to this announcement.

As one of the founding members of the Time Team family he was loved and respected by the whole team. He was an essential part of the team’s success, who brought the past to life. He was an exceptional and unique artist and a wonderful human being. He will always be in our memory and forever part of the Time Team story. Our thoughts are with his family at this time. May he rest in peace. 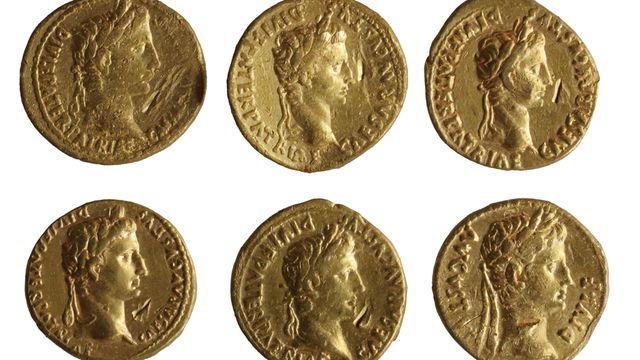 The discovery of nine Roman coins found in Norfolk has been declared as treasure.

Yvonne Blake, area coroner for Norfolk, opened the treasure inquest into the find at Norfolk Coroner’s Court earlier this month.

Six gold aurei of Augustus were found by Damon and Denise Pye on land near Norwich, in June 2017, using a metal detector. 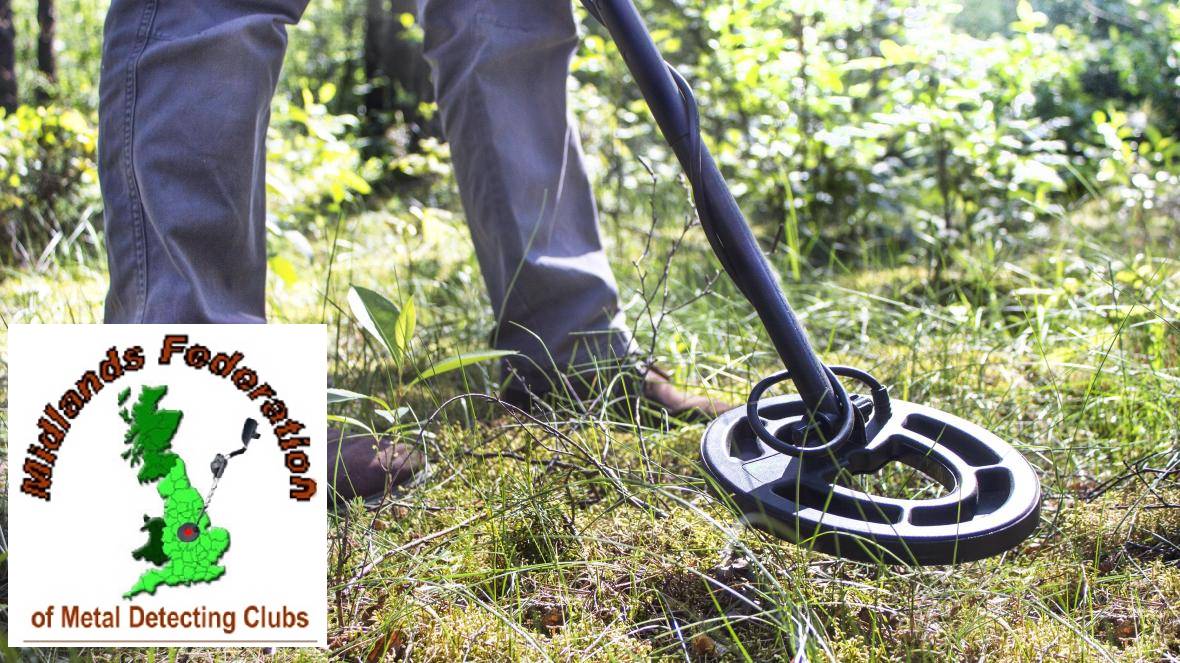 The committee of the Midland Federation, have worked for thirty five years in protecting the hobby here in the Midlands and through their active involvement with the National Council for Metal Detecting, of which they were founder members.

Membership of the Midland federation is available countrywide and not only offers the support of the body within the metal detecting community, but also works towards the integrity and future of the hobby. Membership also offers metal detecting insurance via the NCMD

To learn more about the Midland Federation, please click on the links throughout this text. Officers from Kingsbridge Police have warned that more Second World War devices could be discovered on Devon’s beaches following the severe weather.

It comes after a cordon was put in place at Paignton seafront today (February 13) as two hand grenades were discovered.

In a statement on Facebook, a spokesperson for Kingsbridge Police said: ”Paignton seafront is currently closed after multiple items of WW2 ordnance have been discovered on the beach.

”With the strong winds and tides we have had, there is a real possibility that we will have the same issue at Torcross.

On Tuesday February 9, 2021, the auction of the late Reverend Richard J. Plant, a numismatist from the UK, took place, including a significant number of his historic collection of coins, by auction house Dix Noonan Webb fetching a combined total of £202,895* – double its pre-sale estimate 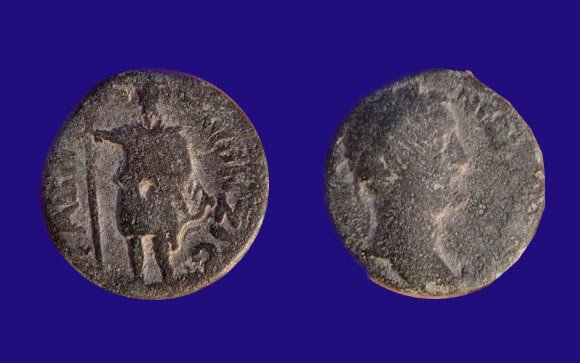 The well-preserved Roman coin was found in northern Israel by an IDF (Israel Defense Forces) soldier.

“The coin was probably lost by its owner on one of the roads, until the soldier spotted it almost 2,000 years later,” said Dr. According to Nir Distelfeld, inspector in the Northern District’s robbery prevention unit at the Israel Antiquities Authority.

Its obverse bears the head of the Roman emperor Antoninus Pius, who ruled in 138-161 CE.

The reverse shows the Syrian deity MEN with the legend ‘of the people of Geva Phillipi,’ [civic] year 217.

Study: Archeological Finds In England And Wales by Peter Harrington 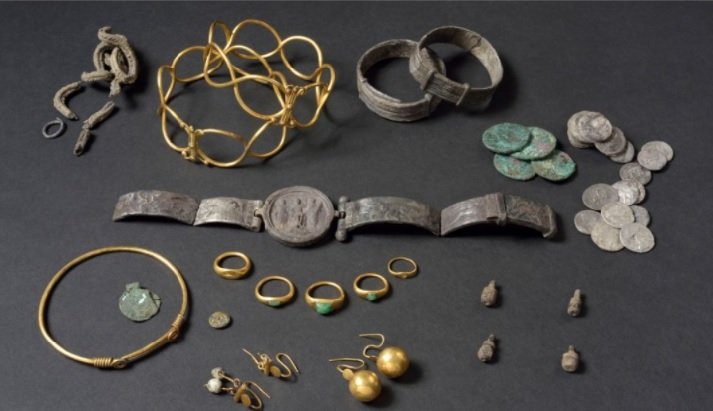 Peter Harrington writes for his website Undercoil.com Peter has kindly offered his work for inclusion via the Archaeology and Metal Detecting magazine, we would like to thank him for the use of his work. Please visit Undercoil.com for more great articles.
In this study, I’ll tell you about what I’ve managed to find out while studying statistics of archaeological finds in England and Wales. You will learn how many finds of national importance are there in your area, what are the most common finds here, and how soon the total number of finds will be more than 1 000 000. 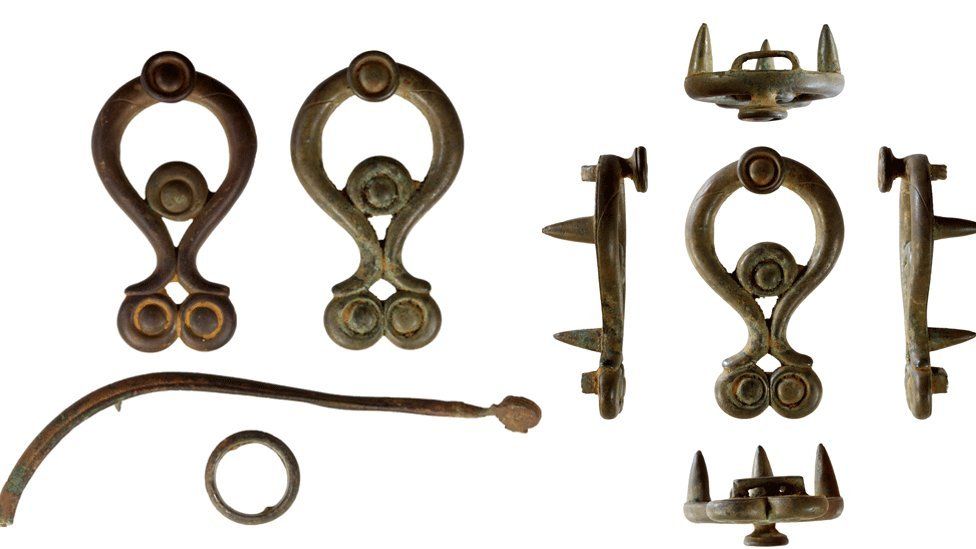 Rare parts of a 2,000-year-old harness are like pieces of a puzzle to be solved, experts have said.

Two copper-alloy strap-mounts, one ring and a binding strop were discovered in Norfolk in January last year.

Dr Helen Geake of the portable antiquities scheme said they may have been connected to a chariot in the age of Boudica.

“This is really rare, it’s really unusual to the point we are not sure what we are looking at,” she added.

“The experts thinks this is from a horse harness and possibly connected to a chariot that someone like Boudica would have travelled around in – and that is why it is so exciting.” 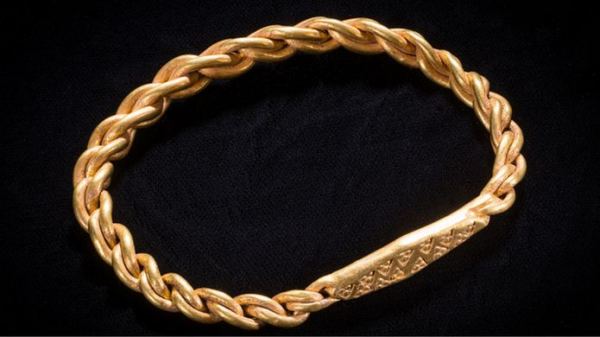 A “stunning” collection of 1,000-year-old gold and silver Viking jewellery has been discovered on the Isle of Man by a metal detectorist.

Retired police officer Kath Giles made the find on farm land in the north of the island.

The horde includes a gold arm ring and a “massive” silver brooch dating back to 950 AD.

It was unearthed in December but has been revealed for the first time during a coroner’s hearing.