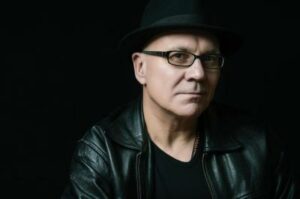 On Sunday 29th September 2019, we were delighted to invite our special guest Andrew Collins to the BIG Archaeology Podcast

Andrew Collins is a British writer and researcher specialising in books that ““challenge the way we perceive the past.” They feature such subjects as ancient astronomy, archaeoastronomy and the origins of civilization. A central theme of Collins’s books is that the Watchers and Nephilim of Enochian literature, as well as the biblical “fallen” angels and Anunnaki of Mesopotamian mythology, are memories of a human elite group that helped forge the foundations of civilization in Anatolia and the Near East. He asserts that this same region, particularly eastern Turkey, was the site of the biblical Garden of Eden and terrestrial Paradise. Collins additionally writes popular books that claim to be true accounts of supernatural adventure that he and his friends embark upon under the label “psychic questing.” It is a subject first outlined in his book The Black Alchemist.

As well as his own history within the subject, Andrew discussed his new book – The Denisovan Origins ( Released on Thursday 3rd October 2019) A thorough introduction into the Denisovan species and their history, from 2010, when scientists announced the discovery in an Altai permafrost cave of a finger bone of a juvenile female found in the Denisova Cave in the Altai Mountains in Siberia, through to current facts and theories surrounding the Denisovans. The interview also led us to Turkey and the ancient city of Göbekli Tepe and to the USA and the Clovis culture and snake mounds throughout North America.

Thank you kindly to Andrew Collins for his time and discussion.

Listen online or download at any time from The BIG Archaeology Podcast. Or listen in the below player.

Listen to “The BIG Archaeology podcast with Andrew Collins” on Spreaker. 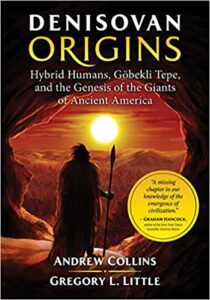 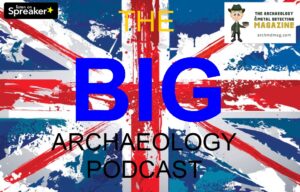