The outline of a 400-year-old English Civil War fort has been highlighted by floodwaters that have filled a moat around the earthworks.

The Earith Bulwark, in Earith, Cambridgeshire, was built in 1643 by Oliver Cromwell’s forces to protect crossing points on the local rivers, including the River Great Ouse. 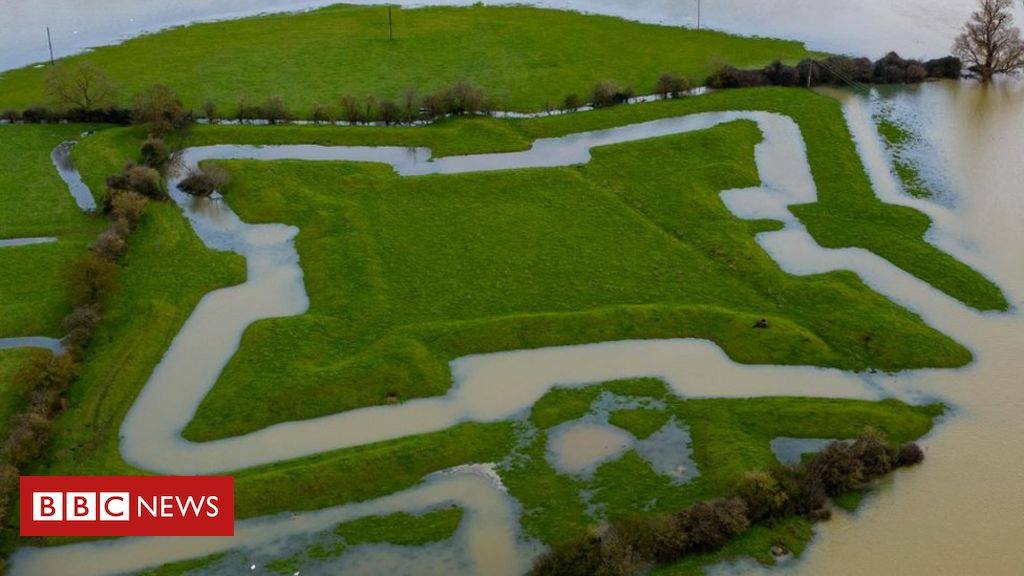 Historic England said it was “amongst the most elaborate fortifications” from the Civil War (1642-51).

Many parts of the county have had flooding and more rain is forecast.

The central section of the Earith Bulwark covers about 60 square metres and is situated to the east of Earith.

It was built on a narrow strip of land separating the man-made Old and New Bedford Rivers, both of which are fed by the River Great Ouse, which is about 150m to the south.

According to Historic England’s website the fortification demonstrated “the importance of the Earith crossing during the Civil War as part of the military frontier surrounding the Isle of Ely”.

The fort was also the site of a defensive gun emplacement during World War Two (1939-45).

IMAGES AND VIDEO VIA BBC AND BBC EAST.