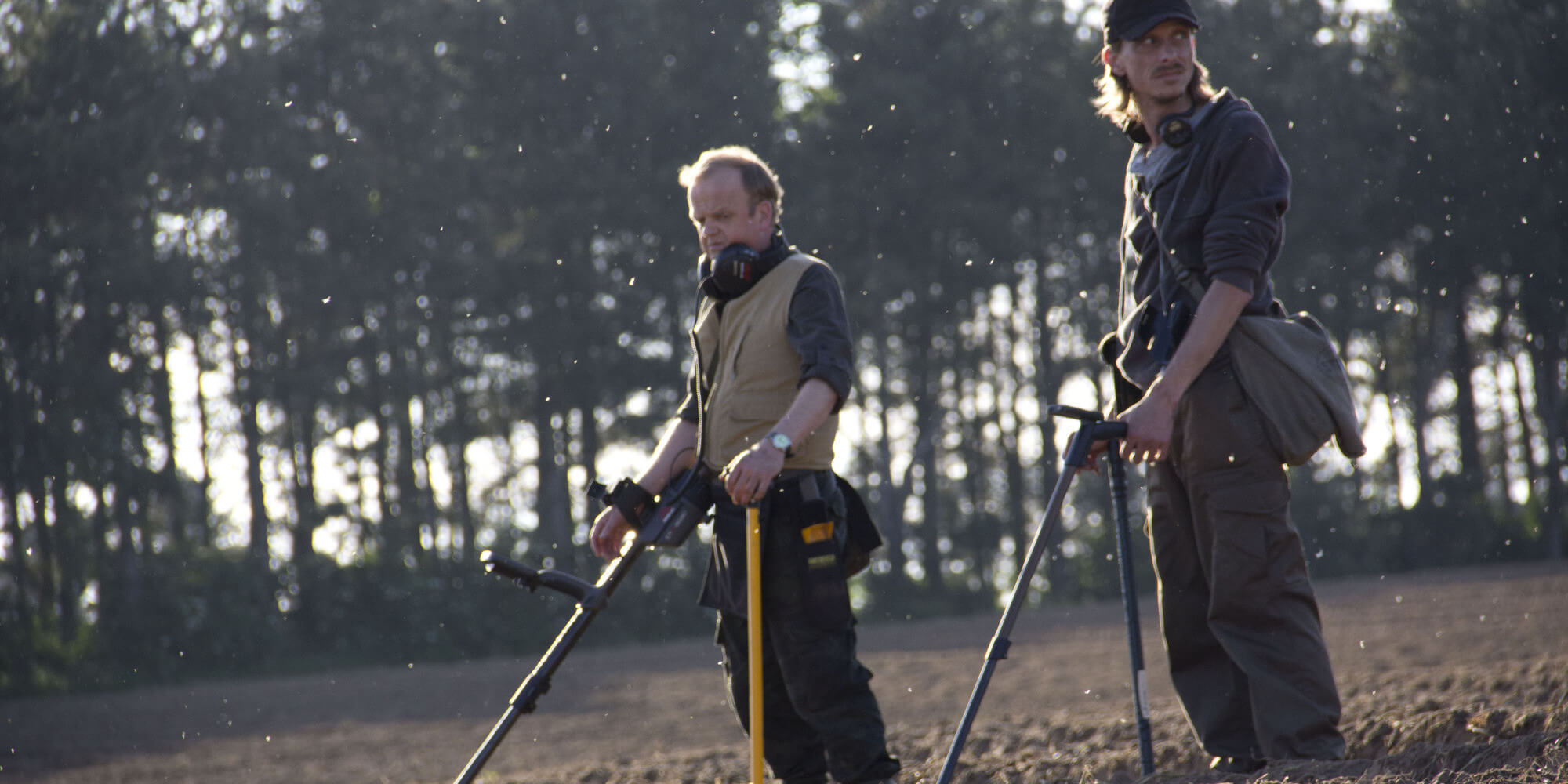 This short film was shot in one day during the spring of 2008 and largely improvised with a very small crew for practically no money at all. The whole experience was very liberating going back to basics. Despite a mixed bag of weather on the day, the whole filming took around 6 hours from start to finish. The Detectorist premiered at the 1st Norwich Film Festival in September 2009 and went on to screen for a week at the Metro cinema in Derby before the UK comedy feature film ‘Beyond the Pole’.

The comparisons to the wildly popular BBC comedy series ‘The Detectorists’ are easy to see, even down to the music and the pace and style of comedy also are remarkably similar.

Scroll down and take a watch – What do you think ? Could Crook have taken inspiration from this short movie ?