On Tuesday February 9, 2021, the auction of the late Reverend Richard J. Plant, a numismatist from the UK, took place, including a significant number of his historic collection of coins, by auction house Dix Noonan Webb.

The collection comprising 450 lots of British, Greek, Roman, Byzantine and Islamic Coins from the Collection of the late Richard Plant fetched a combined total of £202,895* – double its pre-sale estimate – in a sale of Coins and Historical Medals on Tuesday February 9, 2021 at International coins, medals, banknotes and jewellery specialists Dix Noonan Webb. Comprising thousands of individual coins, which made up half of the entire 900-lot sale, all the coins were sold.

The Reverend Richard J. Plant (1928-2020), who died peacefully at his home in Bawtry, South Yorkshire, on 2 August 2020, had a distinctive approach to writing about coins which arose from a life-long quest to make them accessible to collectors who lacked his own classical education. His articles and books, typically illustrated by his own meticulous hand-drawn illustrations brought coins to life – he focused on making connections to the history, myths, places, objects and people on them. 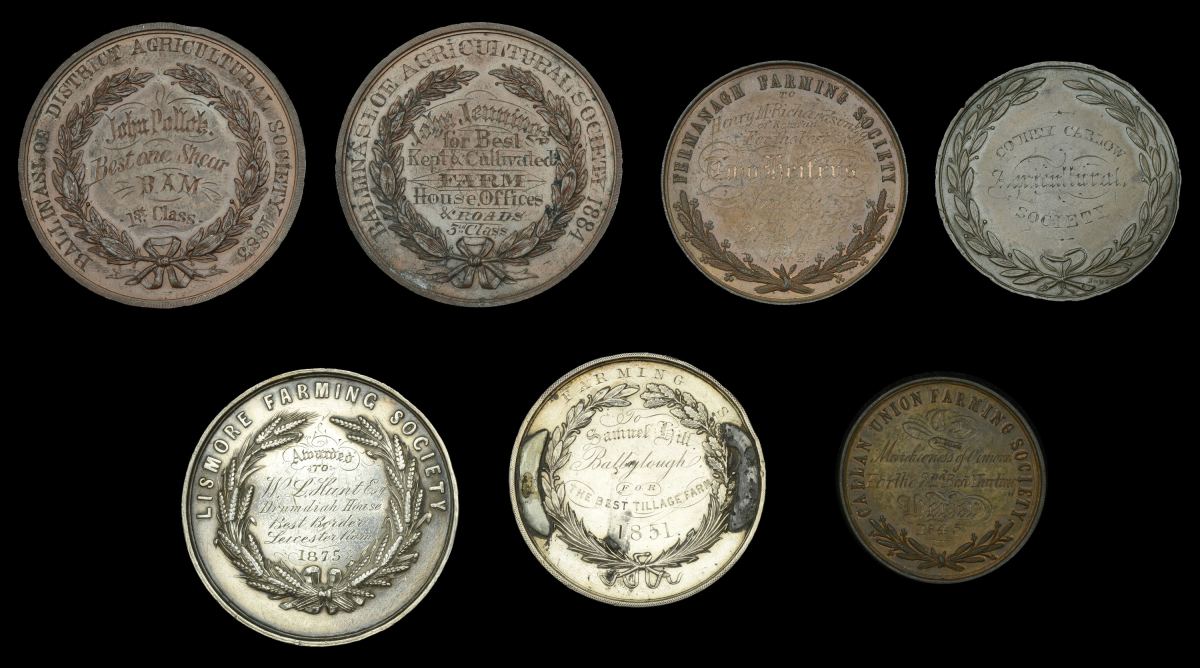 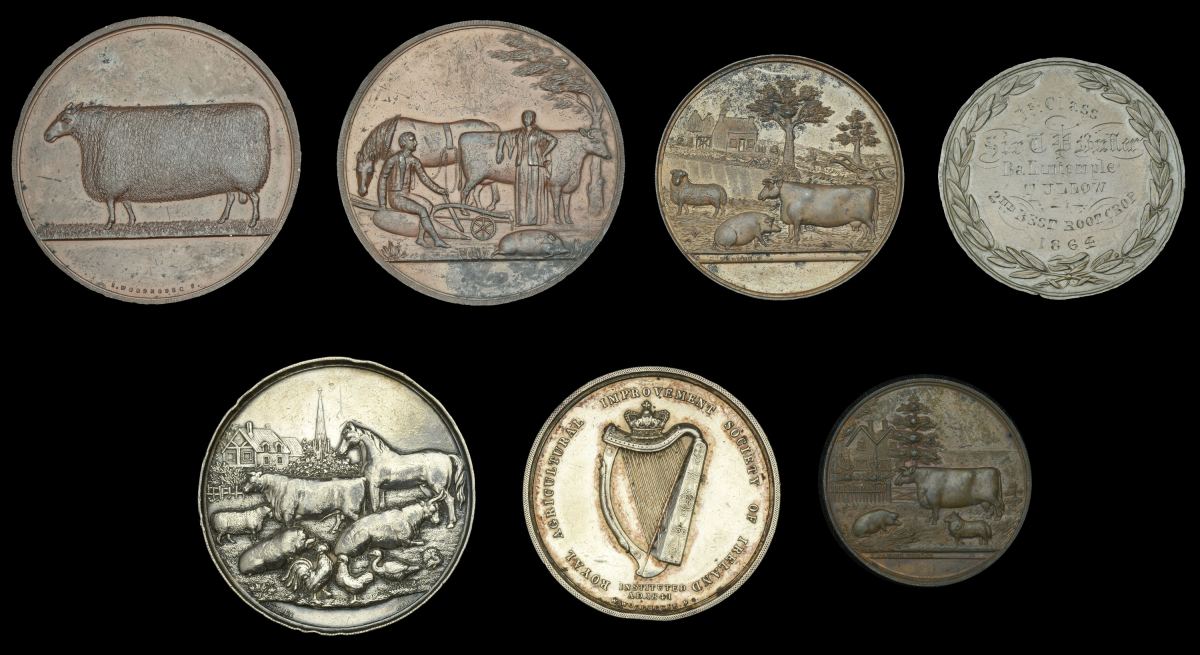 Also in the sale were 38 lots of Irish Historical Medals from the Collection of the late Barry Woodside. This was also 100% sold and saw a group of seven agricultural medals ranging from Fermanagh Farming Society to Callan Union Farming Society sell for £744 against an estimate of £200-300 [lot 748], while two copper medals of the Order of the Friendly Brothers of St Patrick, dating from 1763, fetched £570 against an estimate of £80-100 [lot 741].

Another interesting collection was a group of European Art Medals which saw a very rare French bronze plaque of Cleopatra, dating from 1902 by E. Fremiet sell for £1,612 against an estimate of £600-800 [lot 811].

Elsewhere, an extremely rare Henry Murdac, Archbishop of York penny from the reign of Stephen (1135-1154) sold for £22,320 against an estimate of £10,000-15,000 to a UK private collector. The coin had been found at Skelton (N. Yorkshire). Henry Murdac, a Yorkshireman who, as a young man, was a Cistercian monk at Clairvaux Abbey, was appointed to head Fountains Abbey in 1144. A strict disciplinarian, he opposed King Stephen’s appointment of his nephew, William Fitz Herbert, as Archbishop of York. Fitz Herbert was deposed at the Council of Rheims in 1147 and Murdac installed as the new archbishop at the instigation of his friend from Clairvaux, Pope Eugenius III. When he arrived back in Yorkshire William, Duc d’Amale and Hugh du Puiset, the treasurer of York, organised opposition to his appointment. A stand-off ensued in which Murdac excommunicated Aumale, Puiset and the citizens of York and Puiset excommunicated Murdac, but then left the city of York for Winchester. In retaliation for Stephen’s refusal to recognise his status, Murdac met with David I of Scotland and his entourage in Carlisle, probably to offer support for David’s plan to invade Yorkshire, which was abandoned in the first half of 1149. Murdac imposed an interdict on York and the following year Stephen finally recognised him as Archbishop, even though there remained much opposition to him within the city and he had resided at Ripon since 1148. Murdac was able to enter York in January 1151 when he was formally reconciled with King Stephen; he died at Sherburn-in-Elmet on 14 October 1153 [lot 118].

Also of note was a rare Anglo-Gallic gold coin from the reign of Edward the Black Prince, from La Rochelle which sold for £12,400 – it was purchased by a private collector [lot 263].

Following the sale, Peter Preston-Morley, Head of the Coin Department and Associate Director, Dix Noonan Webb, commented: “We were very pleased with the results of the sale, which was 98% sold overall. At the moment, each of our sales is attracting new buyers and coins of all conditions are selling, it is really staggering! Collectors of all ages from people in their 20s to the retired, are discovering coins and we hope that this will continue.” 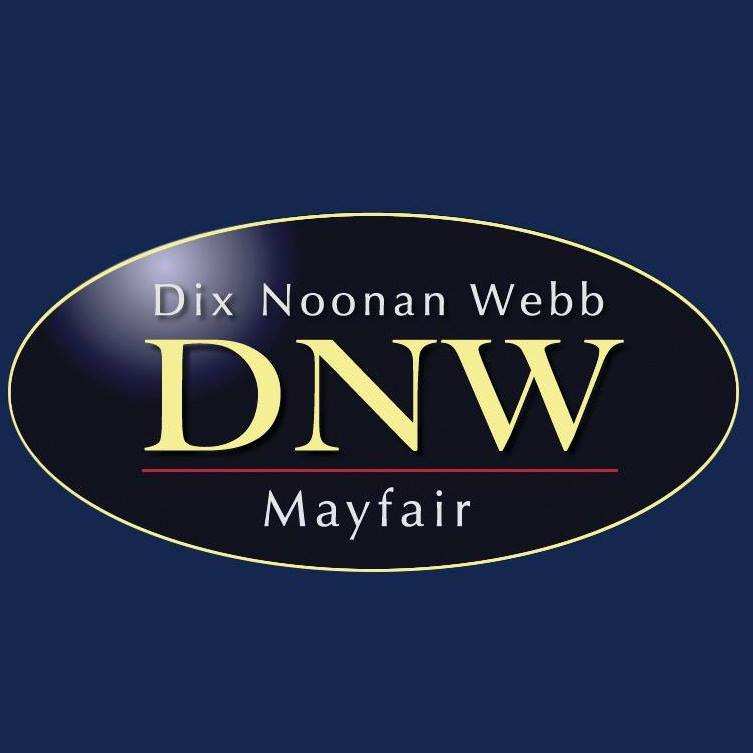 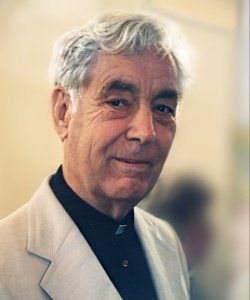 The Reverend Richard J. Plant, who died peacefully at his home in Bawtry, South Yorkshire, on 2 August 2020, had a distinctive approach to writing about coins which arose from a life-long quest to make them accessible to collectors who lacked his own classical education. His articles and books, typically illustrated by his own meticulous hand-drawn illustrations, aimed at making clear features difficult to discern on even the best photographs, brought coins to life. Neither as a collector or as a writer was he much interested in a coin’s monetary value; instead he focused on making connections to the history, myths, places, objects and people on them.

Plant was born in Wandsworth, London, on 6 July 1928, the son of a Scottish-Australian father and Welsh mother. His father, a civil engineer who had returned to London to join up in 1917 after several rejections by the Australian army because of his poor eyesight, went blind when Richard was very young. Richard won a scholarship to Emmanuel School in Clapham and was evacuated to Petersfield during the War. His first coin, acquired at the age of six, was a 1916 zinc issue from the German occupation of Belgium; he subsequently explored the Caledonian (Tower Bridge) and Portobello Road markets for coins. A keen student of Latin and Greek, he built his collection up by identifying coins for dealers on the Portobello road in London in exchange for a few coins. During National Service in 1946-8 with the Middle East Land Forces he was stationed in an anti-aircraft battery in what is now Libya, and once found a bronze of Valens in the sand by a latrine.

Following demobilization Plant read classics at Jesus College, Oxford, from which he graduated in 1952 (image at right), then trained for the Methodist ministry in Cambridge, where he added Hebrew and Semitic languages to his box of tricks. He subsequently served in a number of towns and cities around the UK.

His writing career began in 1965, with an article for Seaby’s Coin & Medal Bulletin on the coat of arms of Lorraine. But it was in 1973, with Arabic Coins and How to Read Them, that he really broke through. Encouraged by Peter Seaby, he wrote in spare moments during the working day and even sourced a printer in Manchester to typeset the volume; the writer of this obituary recalls holding a torch for him to draw by in the evenings during the three-day week of 1973. ‘Reading Arabic is fun,” the book starts. “Persevere long enough and a whole new world will open up.” For Plant it did: the book won him the Royal Numismatic Society’s Lhotka Memorial Prize in 1975. This was followed in 1979 by Greek Semitic Asiatic Coins and How to Read Them (reissued in 2013). Father always regarded this as his magnum opus, though he was perhaps unfortunate in his choice of publisher (Scorpion, run by the late Bruce Braun and Francis Rath), and the volume is not as well- known as it deserves to be. Like his first book, this was illustrated throughout by his trade-mark pen and ink drawings; similarly, the choice of subject matter was to an extent driven by his limited budget. In the 1970s, Arabic, Semitic and Asiatic coins tended to be cheaper to collect than English, or even classical Greek coins, and Plant often began writing about coins in his own collection.

On a clergy stipend, Plant only spent on coins what his royalties and identification fees earned him. His notebooks often recorded not only the type, metal, weight and condition of coins he had bought, but where he had acquired them and the price he paid. Frugality, patience, and skill in identifying coins meant he picked up bargains. In a long biographical piece on him for The Celator in 2010, Mark Fox quotes Father’s recollection of finding an unpromising bronze coin in a dealer’s box that, after a bit of cleaning, turned out to be a rare Judæan coin over-stamped X by the tenth Roman legion during the occupation that followed the destruction of the Jerusalem temple in AD 70. This was just the kind of thing that interested him; a small piece of history in the palm of his hand.

In 1979 Seaby published his Greek Coin Types and Their Identification, which took the unique approach to listing pages of line-drawn illustrations of human figures, gods, half-human mythological creatures, animals, birds and inanimate objects as a quick and easy way to identify them. (A Cambridge classics doctoral student told me that, armed with this guide, he had outperformed all-comers in identifying coins during a prestigious coin identification course at the British School in Athens). A similar approach was taken in his guides to Roman Base Metal Coins (2000) and Roman Silver Coins (2005), both of which proved popular and became standard tools for identification for collector and specialist alike. Once, seeking to buy a few Indian coins from a shop in Cochin, I saw my Father’s books behind the counter, and on producing proof of my identity to the sceptical dealer, negotiated a pleasing discount when I told him who the coins were for.

The last substantial book my Father wrote was A Numismatic Journey Through the Bible (2007), which originated as a series of illustrated talks for church groups. Other books exist about early Judæan coinage, or about the coins used in Judæa during the life of Jesus of Nazareth. Plant’s book dealt with all that, but also used coins from other periods and places that he could connect to biblical events and characters. His Coin Lexicon and Coin Classroom articles for Coin News in recent years proved to be an especially fruitful late vehicle for his interests. These allowed him to roam freely from ancient to modern, and from Western to Eastern coins, to explain words like Mæander and phalanx. Here, the full scope of his linguistic, historical and numismatic knowledge was harnessed to his quirky humour and imagination.

My Father always thought that clergy without a hobby tended to be over earnest and a bit too intense for their own good. Coin collecting and writing nearly always played second or third fiddle to his long and faithful Christian ministry, served in the West Midlands, London and Yorkshire, and to his family – wife Ann, sons Peter and Stephen and his five grandchildren. But his hobby kept him sane; through it he made friends around the world with whom he enjoyed emailed conversations, especially as his physical world contracted. His unconventional writing will be missed by many, as will his extensive knowledge, his winsome charm and his defining modesty.